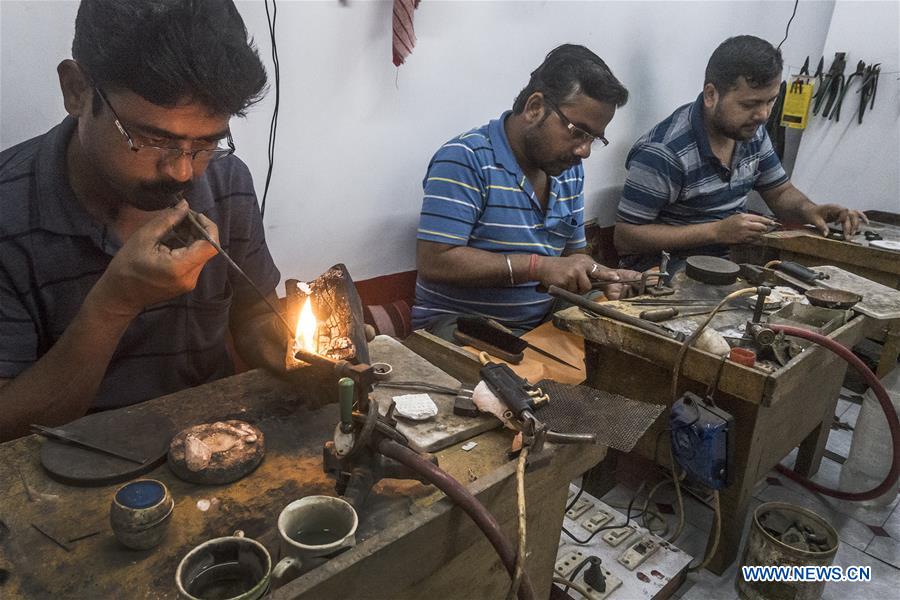 Gold jewellers from across the country are rushing to West Bengal in search of skilled jewellery artisans ahead of the wedding season when demand for gold jewellery is expected to spike.

Jewellery associations from Tamil Nadu, Karnataka and Kerala are in talks with Ankurhati Gem & Jewellery Park in Howrah, which imparts training in jewellery making, to hire skilled artisans, a top executive of the park said.

“Jewellers across India are keen to procure artisans from Bengal and we get continuous enquiries,” said Ashok Bengani, president of Ankurhati Gem & Jewellery Park.

“Jewellers from different states are keen to set up jewellery parks in their respective regions so as to bring all facilities under one umbrella,” he said. “With hallmarking made mandatory, the trade is getting more organised.”

The park is imparting training to youths to make them industry ready “so that they can get a decent salary”, Bengani said, adding that skilled artisans at Ankurhati get Rs 16,000–17,000 monthly salary.

He said the younger generation is not eager to enter this profession as they feel that making jewellery from gold may cause health hazard.

“But at Ankurhati, we gave taken all precautions to protect the health of artisans,” Bengani said. “This is what the jewellery associations across India want to replicate in their jewellery parks.”

Most of the artisans, or karigars, who work at the jewellery manufacturing hubs the country hail from West Bengal.

There are around 650,000 Bengali artisans in gold trade working at major hubs in the country hail from West Bengal.

There are around 650,000 Bengali artisans in gold trade working at major hubs such as Mumbai, Kolkata, Rajkot, Coimbatore, Ahmedabad, Thrissur, Junagadh, Jaipur, Bengaluru, Hyderabad and Delhi.

Some of the country’s top jewellers including Tanishq, Malabar Gold & Diamonds, and Senco Gold & Diamonds have their manufacturing facilities at the Ankurhati park, which is some eight kilometres away from Nabanna, the administrative headquarter of Mamata Banerjee government.

Officials from India Gold Policy Centre of IIM-Ahmedabad have also visited the jewellery park to see how it performs.

Demand for gold jewellery is expected to pick over the next two to three months as a number of weddings are lined up. Also, gold prices have come down Rs 48,000 per 10 gm from Rs 49,500 last week, spurring demand, trade insiders said.