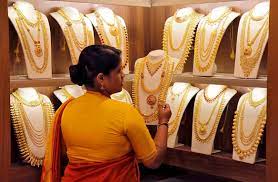 The World Gold Council’s Q1 2022 Gold Demand Trends Report suggests that India’s Q1 2022 gold demand declined by 18 per cent to 135.5 tonnes, mainly due to the sharp rise in price of gold. The demand, however, stood at 165.8 tonnes in the same period.

“Since 2010, barring the pandemic period, this is only the third time the Q1 total has been below 100 tonnes. Fewer auspicious days, coupled with a sharp rise in gold prices meant fewer weddings and a pause in retail demand, with households postponing gold buying in anticipation of a price correction,” says Somasundaram PR, regional CEO, India, World Gold Council.

He said that many jewellers across India are saying that customer inquiry has gone up, and interest in buying jewellery is also there, but due to the consumer expectation about the current gold price being very high, they are holding back their purchases. As a result of this, most gold purchases are in smaller denominations, like 10 grams or less.

Gold as an investment

The primary demand for gold investment rose because of gold bars and coins, rising price, volatility in the equity market, and also due to the fact that the Reserve Bank of India (RBI) had continued to buy gold. The data showed that the RBI bought eight tonnes of gold in Q1 2022.

Says Somasundaram PR, “The RBI began buying gold from late 2017 and has collectively bought about 200 tonnes of gold since then.

Somasundaram PR said that ever since the first lockdown happened, most people from the rural areas who were working in the urban areas returned to their respective homes. This has caused a financial burden for them, and due to this, their savings got hurt. Thus, the rural demand for gold has not yet picked up pace, as compared to the urban areas. He, however, expects rural demand to rise further in 2022, due to the forecast of a normal monsoon which might mean a good agricultural income.

“The impact of revival in the rural markets, more particularly with a forecast of a normal monsoon for the 75th consecutive year, is likely to be significant for gold in 2022,” adds Somasundaram PR.

Somasundaram PR further said that gold prices, despite rising much higher in Q1 2022, have not yet risen above the 2020 high, and that the market has already factored in the geopolitical tensions, rising oil prices and others. Unless any other sudden change occurs, the price of gold could rise further since it is considered a safe asset to invest in.

“The hiatus in growth could be a result of mixed sentiments in the market about price, uncertainty about Covid caused by news in the neighbouring market, fear of inflation, and the long-term impact of the global conflict. However, we believe these developments will cause trade and consumer sentiments to turn firmly positive for gold,” he says.