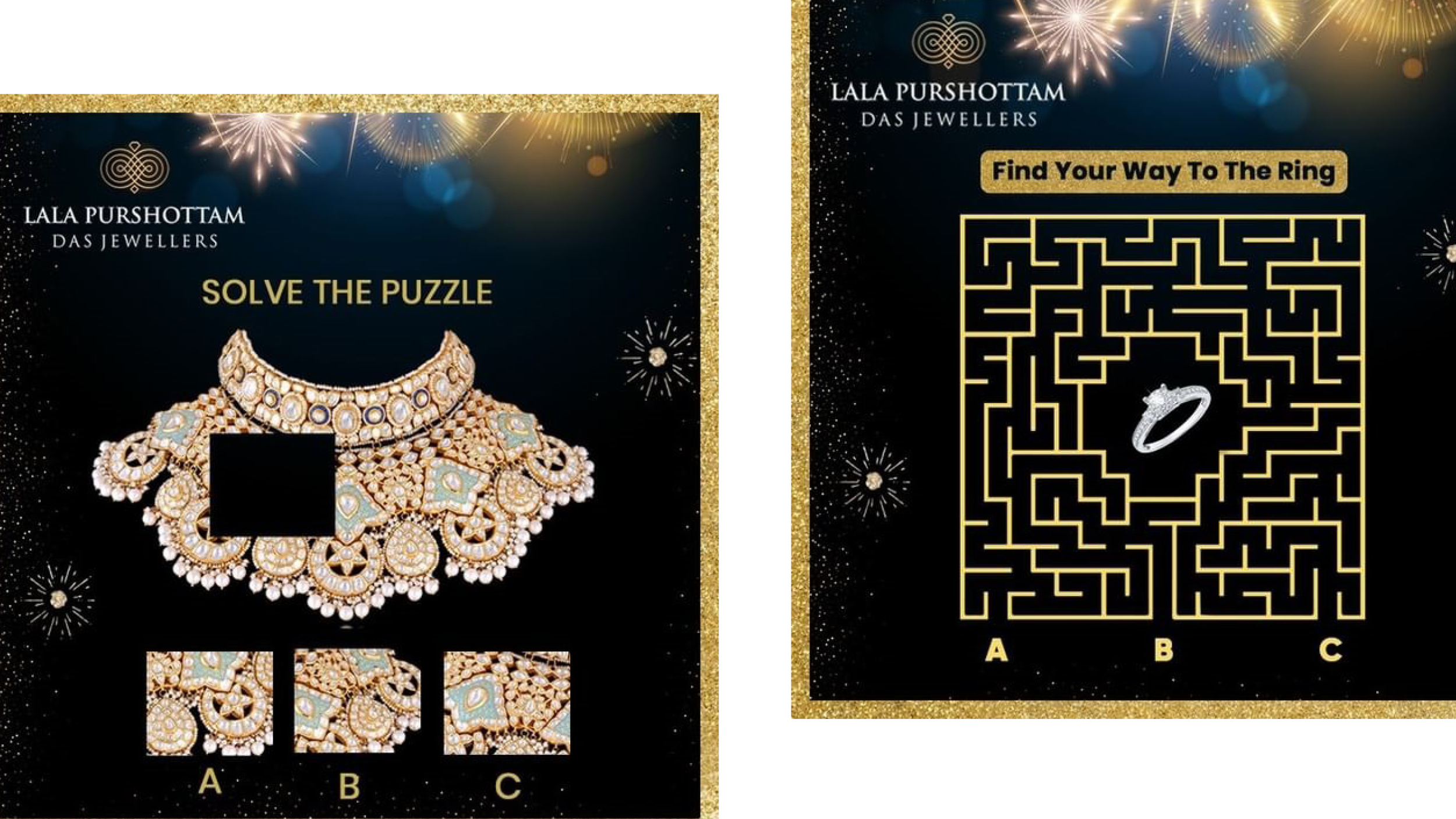 Engagement in social media is part of any fine jewellery brand and collection launches are surefire ways to ensure that. Yet, every brand faces the challenge to engage followers constantly, for which contests come to use. Lala Purshottam Das Jewellers banked on the New Year hype to create a series of exciting contests.

Starting on December 30, the series comprised three contests, of which two was pictorial and one was based on a GIF. One contest had a maze created that participants had to solve to reach a particular jewellery piece. Another had a jigsaw puzzle of a neckpiece that the participants had to complete. Rules demanded each participant to like, share, comment on and follow the brand’s page on Instagram and Facebook. Each commentor also had to tag five of their friends with particular hashtags and ensure that they follow the brand. Consistency in answers and adherence to rules selected the first, second and third prize winners.

“The contestant with highest number of right answers got a 1gram gold coin, followed by the second prize holder with a 20 gram silver coin and the third, with a 10 gram silver coin,” said Mayank Gupta, Director, Lala Purshottam Das Jewellers. Beyond prizes, the contest succeeded in appealing consumers about jewellery. The contest involving a GIF demanded participants to take a screengrab of the exact moment when an empty slot coincides with a pair of earrings in the video. That also engaged the maximum number of followers with 406 views.

The idea was to increase engagement rate and also test the community of active followers, said Gupta. Through this contest, the brand also received a lot of price enquiries of the jewellery pieces used in the creatives. “We have received about 8000 engagements in this contest, which is way above the regular engagement threshold. Many participants have also saved screenshots of our jewellery and visited showrooms, thus increasing footfall,” said Gupta.

What commanded more impressions was the instant call-to-action in each of the contests. Partner Sakshi Gupta added that the contest has received better impressions on Facebook than Instagram. “This is because our Instagram audience mostly consists of youngsters who would prefer to inquire about the jewellery by taking screenshots. Our followers on Facebook help in more organic shares, thus enabling us to track performance of contests clearly. Daily engagement in social media is 20%, whereas this contest has increased it to 80%,” she maintained.