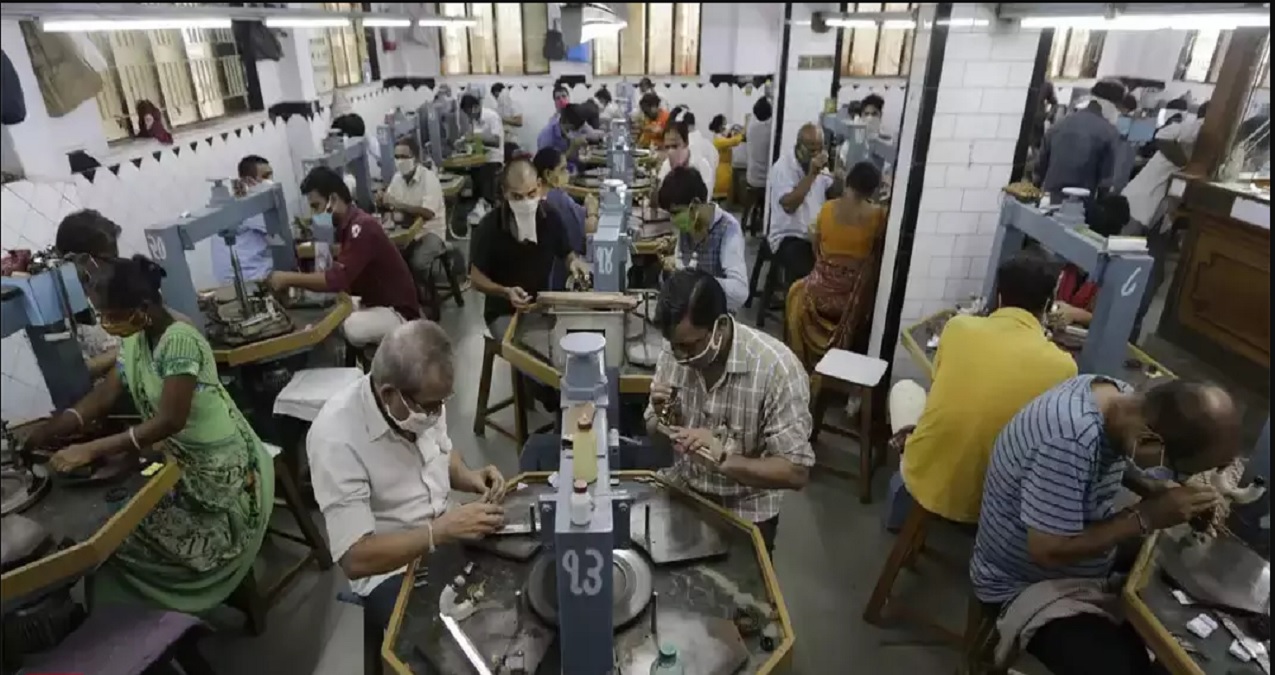 Lab-grown diamonds (LGD) have come to the rescue of 2.5 lakh workers who were asked to go on 15 days leave on 16th May by the natural diamond cutting and polishing units in Surat due to supply shortage of rough diamonds. The natural diamond cutting and polishing units have converted 20 per cent of their production to lab grown diamonds in absence of natural rough diamonds from Russian miner Alrosa and have absorbed these workers.

Exports of lab-grown diamonds have increased by 108.27 per cent in FY22 as compared to FY21. The diamond trade has also urged the commerce minister to bring lab-grown diamond under PLI (production-linked incentive) scheme as it has an export potential of Rs 40,000 crore within next five years.

Talking to ET, Ramesh Zilariya, president, Diamond Workers Union, Gujarat said “The situation has improved a bit in Surat. Alongside the natural diamond cutting and polishing, a lot of lab-grown diamond manufacturing has picked up. Some of the units that are into natural diamond cutting and polishing have converted 20 -30 per cent of their production into lab grown diamonds. This is generating jobs for the diamond workers in Surat.”

He added that new lab grown units too are coming up in Surat and new employment is being created.

Colin Shah, chairman, Gem & Jewellery Export Promotion Council said “Natural diamond and lab-grown diamonds are two different and they cannot replace each other. Lab-grown diamond as a category is growing and it has a different client base who love to wear different types of fashion jewellery.”

He said “Lab-grown diamonds have the potential to build and sustain a stronger and more self-reliant domestic cutting and polishing industry. We have asked Union commerce minister Piyush Goyal to include LGD industry that has the potential to employ 1 million people to process 150 million carats of lab-grown diamonds and achieve an export turnover of Rs. 40,000 crore in the near future.”

Currently, India contributes around 15% in global production of lab-grown diamonds. LGDs can be created by two processes – High Pressure High Temperature (HPHT), which is prevalent in China and Chemical Vapor Deposition (CVD), which is commonly seen in the US and India.

Besides the jewellery industry, lab-grown diamonds are also used in computer chips, satellites and 5G networks.