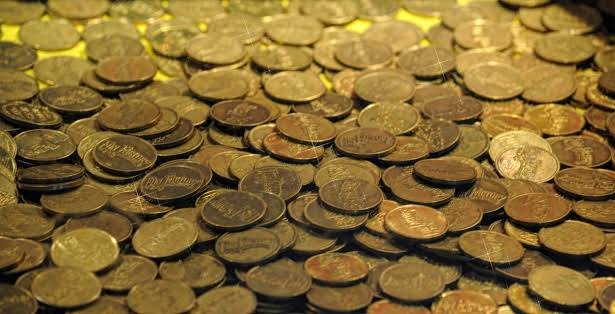 The Budget has increased the import duty on gold coins to 12.5 per cent from 10 per cent, making it on a par with that of bullion. The demand for bars and coins in India doubled to 45 tonnes in the December quarter from the 22 tonnes logged in the September quarter. However, demand was down 10 per cent at 145 tonnes (162 tonnes) last year, in line with the overall weak gold demand, which fell nine per cent to 690 tonnes (760 tonnes).

Pramod Kumar Agrawal, Chairman, Gem and Jewellery Exports Promotion Council of India, said the government has now equated the gold bullion sector under single import duty regime by increasing the import duty on gold coins from 10 per cent to 12.5 per cent.

However, he said the industry demand to decrease the import duty on bullion to 4 per cent from 12.5 per cent has not been met.

“We request the government to roll back the proposed import duty on these rough coloured gemstones in the interest of gemstone exports from India,” said Agarwal.

Somasundaram PR, Managing Director (India), World Gold Council, said that by increasing the import duty on gold coins, the government has corrected the duty anomaly. The government intention would have been to avoid duty arbitrage and bring local minted coins on par, he added.

Tanya Rastogi, Director, Lala Jugal Kishore Jewellers, said the measures to boost farmers’ income and reduce taxes for the middle class, will boost purchasing power and consumer confidence, which, in turn, will benefit the jewellery industry. Focus on the next wave of digital revolution will add impetus to digital gold products, said Rastogi.

Shreyansh Kapoor, Vice-President, Kashi Jewellers, said the industry is still dominated by small retailers and family-owned units, who do not fall under the corporate category, while the likes of Tanishq form just one per cent in this industry.