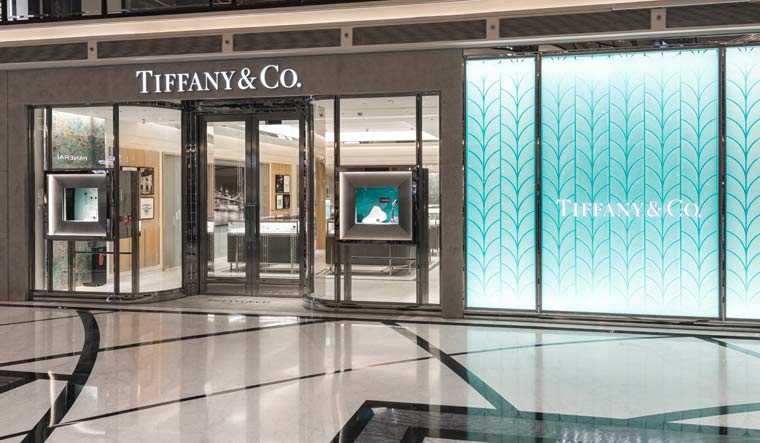 Unlike what the namesake Audrey Hepburn classic Hollywood film may suggest, you really may not be able to have breakfast at Tiffany & Co (unless you smuggle in a croissant from MKT downstairs at The Chanakya). But you could feast your eyes over exquisitely crafted jewellery, including the diamond engagement rings and robin’s egg blue boxes the brand is known globally for.

The marquee brand enters India through a joint venture with the retail arm of Mukesh Ambani’s Reliance Industries.

“As a global luxury jeweller with stores in many of the world’s most important cities, Tiffany’s emergence in Delhi presents a unique opportunity, particularly given India’s growing luxury consumer base and passion for jewellery,” commented Tiffany & Co CEO Alessandro Bogliolo. Though present in 80 countries through some 300-plus stores, this is the first in the Indian sub-continent for the 183-year-old company. The brand evidently hopes to take a bite out of India, the world’s biggest consumer of gold, and second-biggest when it comes to gold jewellery.

From gemstones to diamonds, the 2,600sq. ft store in Delhi showcases the full range of Tiffany. “From their new designs as well its classic collections, the new store celebrates the craftsmanship and exceptional quality that characterise the brand’s extraordinary pieces,” a statement issued through Reliance said. Though modern in its design, the store features the world-famous wheat leaf design used in Tiffany’s iconic fifth avenue flagship store in New York.

After a soft launch on the eve of Republic Day, the store doors have now been flung open—open at least to those who can afford the pricey jewellery on display. The second India store is scheduled to open later in the year in Mumbai.