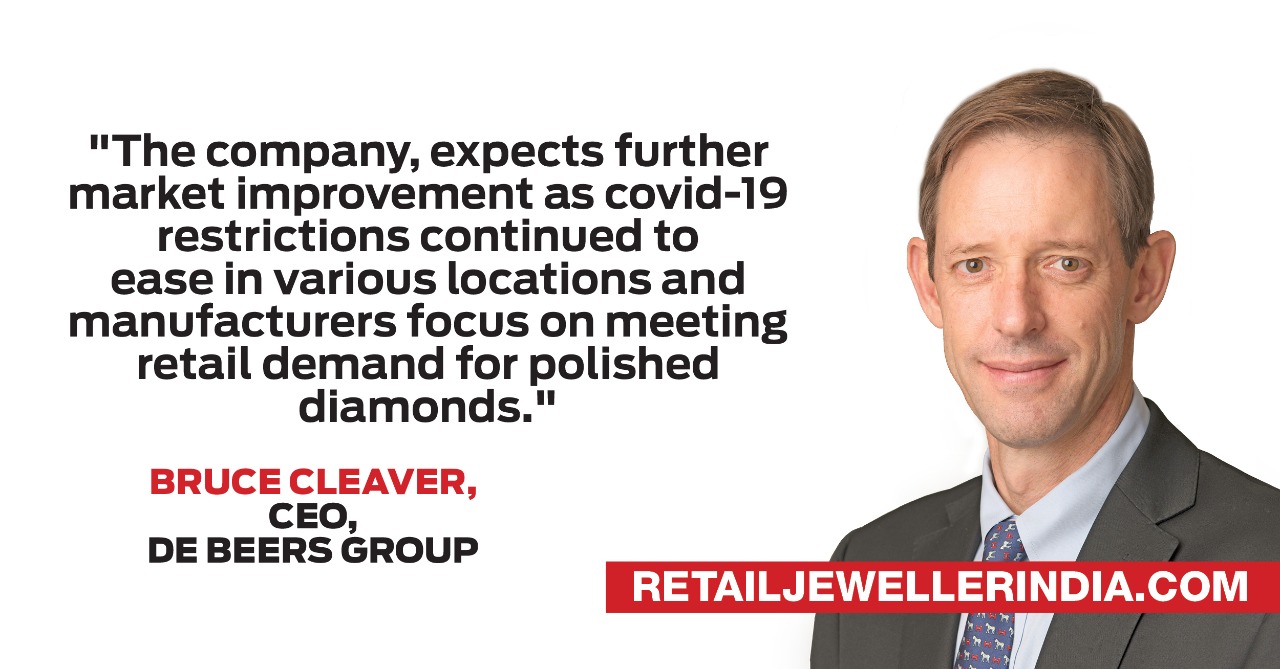 De Beers thinks the recovery is at an early stage and that it will take some time to get back to pre-pandemic levels of demand.

De Beers, the world’s largest diamond producer by value, revealed on Friday it made about three times as much in sales of roughs in the seventh sales cycle of the year as it did in the previous event.

The Anglo American unit, which sells diamonds to a handpicked group of about 80 buyers 10 times a year at events called sights, sold $320 million worth of rough diamonds in the seventh cycle. That compares to the $116 million fetched in the previous sight and is not far behind the $400 million De Beers sold on average each month last year.

The results, said BMO Analyst Edward Sterck, show the diamond market may have bottomed out and be on the slow road to recovery.

“Whilst the market has been defibrillated, we think it will remain in intensive care for some time, although any improvement is good news for the smaller pure play producers with weak balance sheets,” Sterck said in a note to investors.

“The company, however, expects further market improvement as covid-19 restrictions continued to ease in various locations and manufacturers focus on meeting retail demand for polished diamonds,” Cleaver said in the statement.

The executive said that overall industry sentiment has become more positive as jewellers in the key markets, such as the US and China, gained confidence ahead of the important year-end holiday season.

De Beers has continued to implement a more flexible approach to sales during the sixth and seventh sales cycles of the year, as a result of restrictions triggered by the pandemic.

The usual week-long sight holder events have been extended towards near-continuous sales.

It has also cut prices of its stones, sometimes by almost 10% for larger diamonds, in an effort to spark sales.

Before the price reduction, De Beers had made major concessions to their normal sales rules — allowing customers to renege on contracts and view diamonds in alternative locations.

Along with Russia’s Alrosa, the world’s top diamond producer by output, it has also axed supply of roughs to the market, but built up their own stockpiles.

The diamond giant noted that despite ongoing efforts, it expected it would take “some time” to get back to pre-pandemic levels of demand.

IEG-At voice Jerome Favier, Ceo at Damiani:”Luxury? It is authenticity and savoir faire”

Gems and jewellery exports up 29.18% in August from July