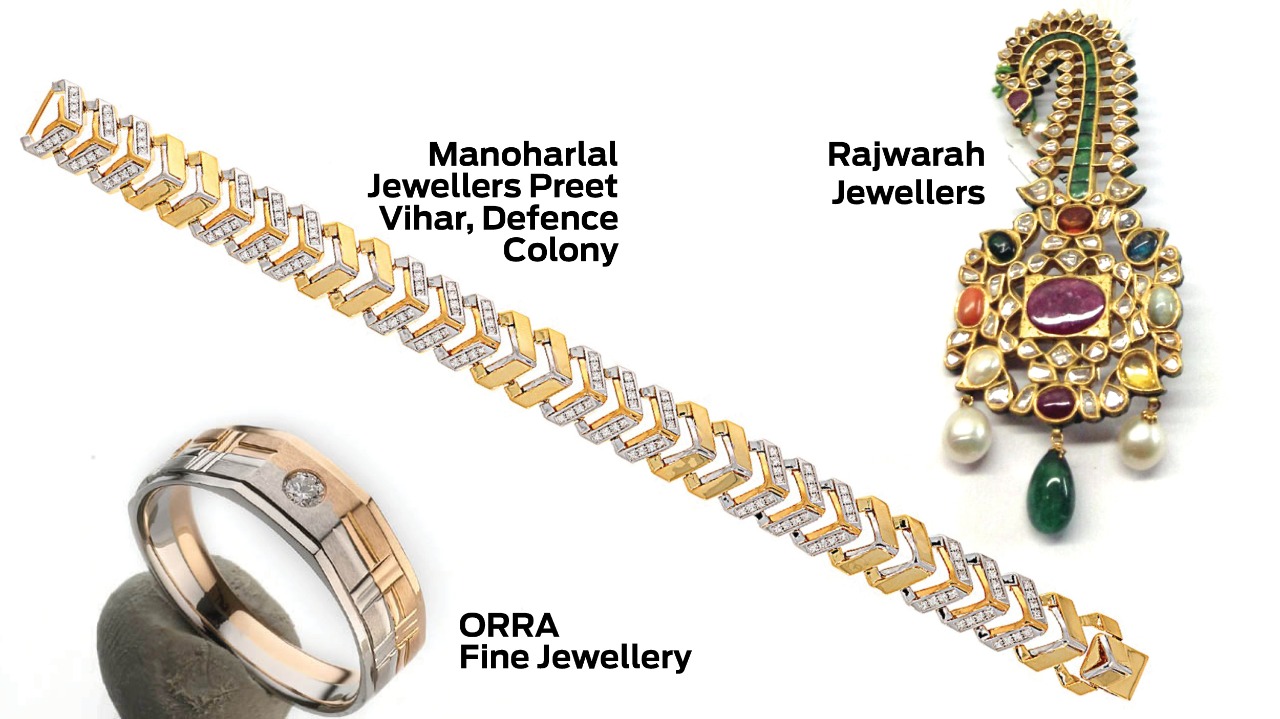 Why should girls have all the fun? That’s the tagline doing rounds of the minds of fashion-forward men today. Men’s fashion has come a long way and fine jewellery is something they are revisiting to add zing to their looks for grand gatherings, milestones or private meetings.

Let’s talk about the Shaurya collection by Orra for instance. Neil Misquitta, chief marketing officer, Orra Fine Jewellery, says that the bracelets and chains under the Shaurya range have become the bestsellers. “In the past 2-3 years, an interesting buying pattern has emerged for men during occasions such as Valentine’s Day. Men are buying love bands for both themselves and women. While they buy theirs, the main focus is on platinum rings with very small diamonds with Cuban designs that are flying off the shelves,” said Misquitta.

Doing a deep dive in men’s jewellery, Surbhi Shekhar, marketing manager – customer relations & communication, Manohar Lal Jewellers, Defence Colony/Preet Vihar, is harnessing her manufacturing prowess straight from Indonesia to make a difference to the brand’s men’s jewellery range. “We chose Indonesia as our manufacturing hub because it has a lot of untapped handicrafts. People work there like in small cottage industry set up and they have almost no way to expand and reach to the global level and supply their work to brands,” said Shekhar, whose sterling silver, platinum, gold and diamond jewellery in G-H colour and VS quality are enticing men from all sections of the society.

From keeping engagement rings, kadhas and bracelets to an exhaustive array of chains, couple bands and diamond studs, men’s preferences have changed for good, believes Shekhar. Bollywood male celebrities donning jewellery and social media influencers are steering men towards accepting jewellery in a new format. To cater to this emerging audience base, Shekhar is bringing exclusive handcrafted sterling silver jewellery for their showrooms in Defence Colony and Preet Vihar. She is also giving a zany twist to religious male jewellery such as kadhasby remoulding them in platinum. Under Shekhar’s tutelage, Manoharlal Jewellers is also having a jewellery range for male babies.

While the target audience for Manoharlal Jewellers starts with 23 years of age, men’s jewellery is seeing more demand because of their unisex nature. “Women too love wearing men’s chunky chains. Men are fonder of jewellery now than 7-8 years before. I see my male relatives sporting jewellery on various occasions. The market is booming and there is a lot of scope for this gender-fluid segment,” said Shekhar.

While the market is getting sufficiently populated with sleek designs for the budget-oriented customer, the legacy of the Maharajas of Nizam have been kept alive by men from affluent families who want to look every bit the king during their weddings, says Renu Sharma, Rajwarah Jewellers, New Delhi.

“The sat laras (seven-line jewellery) and klingis are a hot favourite among modern men, who have strong notions about buying jewellery. I’ve seen men become pamper themselves with grand jewellery during weddings. Other than that, we see sustained demand for kadhas but the affinity for flashy rings is no longer there for men,” said Sharma. She added that the sat laras, which were typically worn by the kings on their turbans, is a very popular antique jewellery that many male customers want to get replicated for that kingly vibe during weddings.