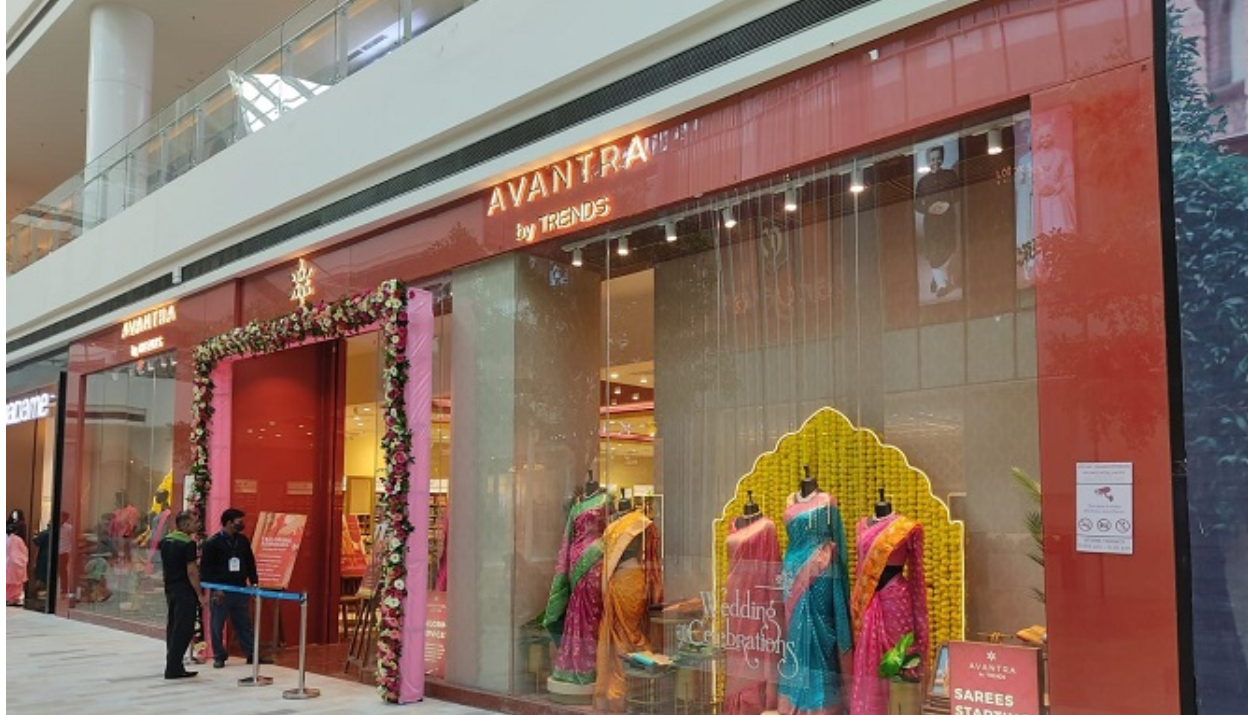 Bengaluru: Avantra by Trends, a concept store chain by Reliance Retail, has opened its first store in North India. The outlet is situated at Lulu Mall, Golf City, Lucknow, the brand announced in a LinkedIn post.

Followed by the official launch, the ethnic wear brand forayed into jewellery, accessories, and tailoring services. It also collaborated with regional weaver clusters and third-party brands, including Nalli Silks and Pothys.

In August 2022, the brand launched its first brick-and-mortar store in Kerala at Oberon Mall, Edapally, which is spread across 5,000 sq. ft. Avantra by Trends continues to expand its retail presence across Karnataka and recently opened its fourth store in Bengaluru and two other stores in Mangaluru and Shimoga.

Avantra by Trends is positioned as a pan-India brand that is present in metros, tier 1, tier 2, and tier 3 markets.