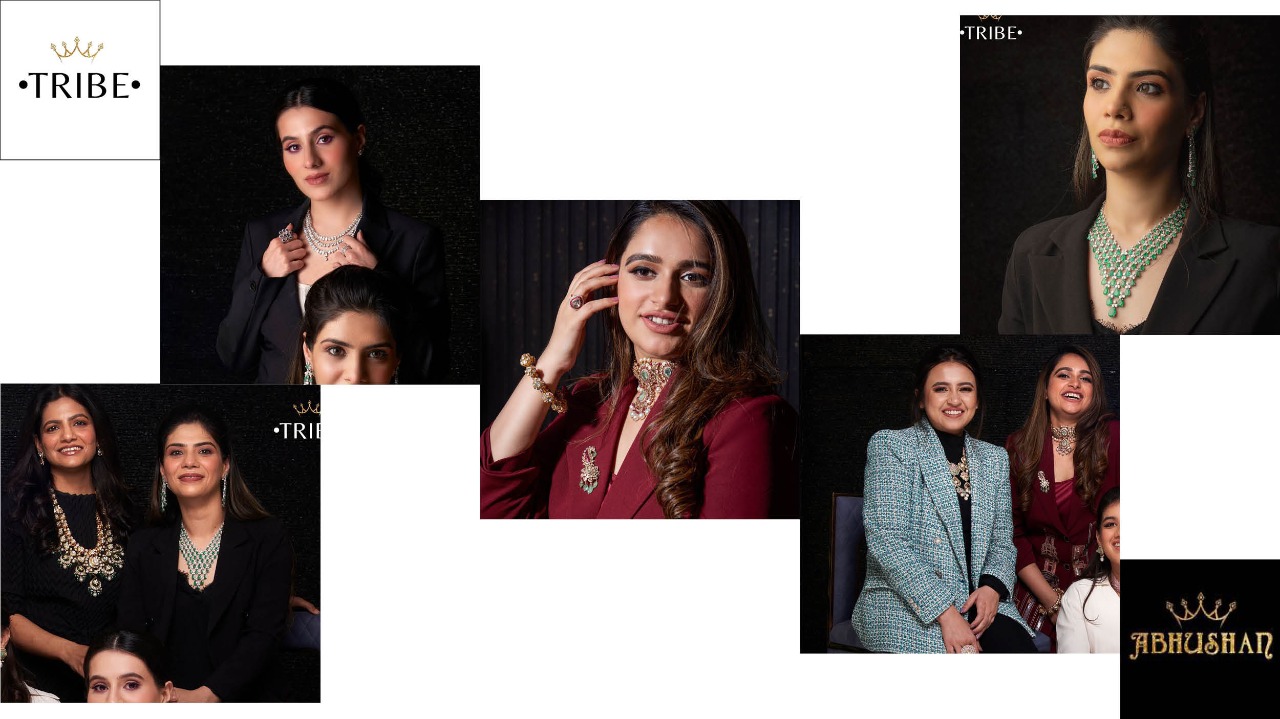 Chunky jewellery has a rider. Of late, they have been confined strictly to bridal and semi-bridal appearances. However, the usability of heavyweight jewellery is often misconstrued and restricted to only such occasions. In reality, many young women love to flaunt it on attires and occasions extend beyond the weddings. So they should, which is what Abhushan Diamonds and Gold, Agra, has done with their latest Abhushan Tribe campaign.

The campaign involves select women dressed in corporate wear, but flaunting bridal jewellery. Everything from brooches to neckpieces, chokers, bracelets and layered necklaces have been carried wonderfully by the woman, thus providing a unique image of how less is not always more, and that big, prominent pieces can also start conversations.

Adding to the new positioning is Abhushan’s perspective of the modern fashion-conscious woman welcoming traditional bridal jewellery in a wonderful contrast with western formal attires. One of the Instagram reels of the brand show the real-woman, all suited, booted and bejewelled like never before, shake their legs to foot-tapping music and pop the champagne. With this imagery, the brand is identifying the dormant demand for big bridal jewellery among millennials and Gen Zs, who may like to flaunt heavy pieces but are always constrained by choices of traditional attires. It also breaks the myth that post wedding such jewellery has to be locked up in the vaults.

Summing up that thought beautifully is Aviral Prakash, director (expansion), Abhushan Diamonds and Gold. “The minimalism trend has been so effective everywhere that bridal and semi-bridal jewellery demand has faced a considerable change. While many like to wear minimal jewellery, the fondness for heavy pieces that stand out in the crowd, are still very strong. We wanted to showcase the comeback of superbly crafted heavy jewellery pieces in all its glory, matching the suave western look.”

This is an ongoing campaign and the brand is getting rave reviews from its target audience.