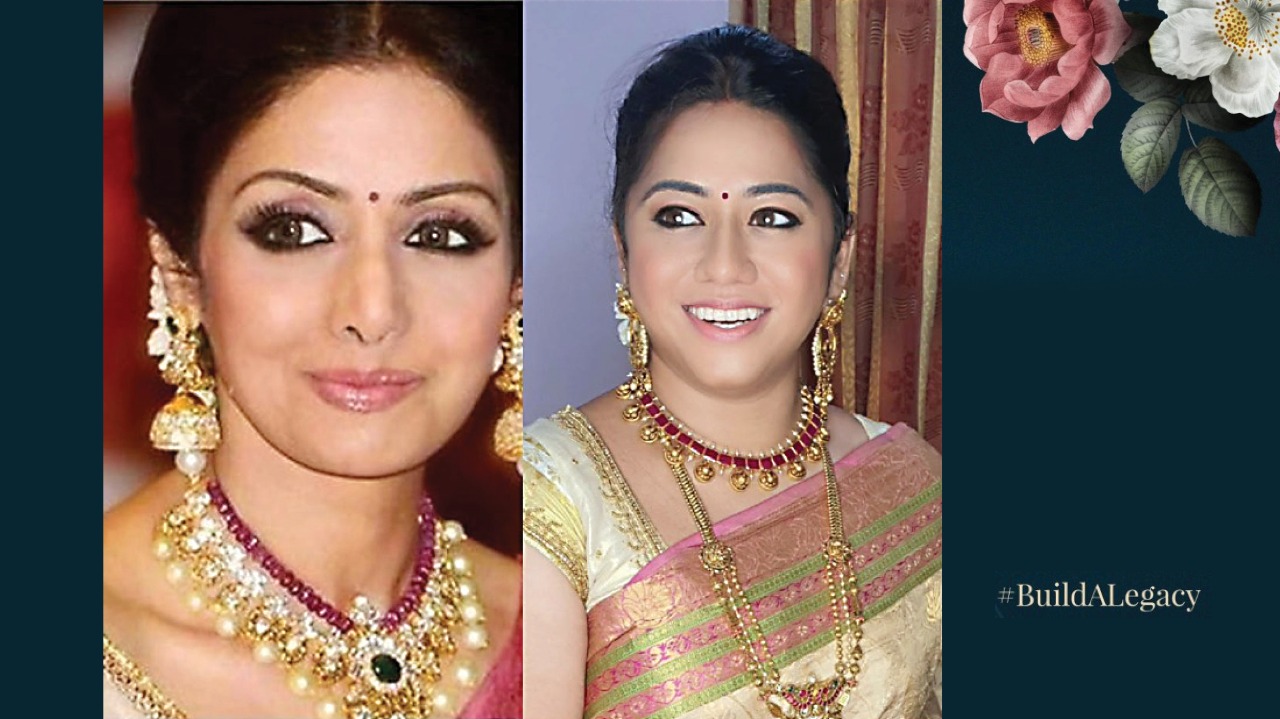 Jewellery, be it heirloom or 9-to-5, always relies on current trends to resonate with the corresponding audience. But Konika Jewellery from Chennai has toppled that thought process with an impressive social media campaign that excites the ’90s kids’ and generations before by recreating the looks of classic Bollywood actresses.

Scrolling down their Insta feed would give glimpses of their Build a Legacy campaign, in which models undergo makeovers of Rekha, Manisha Koirala, Sri Devi and even Alia Bhatt of today. Their posts show current resemblance of trendsetting looks by these divas.

When asked what prompted the brand to adopt such an approach, Tanvi Singhi, marketing head, of Konika Jewellery, said, “We want to showcase these timeless pieces of jewellery that everyone deserves to see. We saw that everyone on the internet is always ready to get inspired, so we thought why not inspire someone with classic bold pieces that can be reimagined with changing trends.”

To set an example of ageless beauty even today, the brand was clear on picking people who have made an impact on and off screen. The campaign also informed followers about the achievements of each actress. “While we put together the list, we realised how each actress’ had achieved something great in her time/era. That instantly gave us the idea to divide the entire campaign era wise and educate our audience.” Thus, the brand’s intent evolved from apparent replication of the looks to a deep motivational dive for readers.

Within the campaign, the brand used distinct pieces going with the reimagination of each actress. Antique pieces like Raani haar for Rekha, temple jewellery for Sridevi, bold Kundan choker with emerald drops for Kareena Kapoor and contemporary minimal pieces for Deepika Padukone and Anushka Sharma brought out perfect balance between heritage and current trends.

According to Singhvi, the brand has achieved their social media response from the campaign, which gave a platform to aspiring makeup artists, influencers and content creators while inspiring the current generation of fashionistas with regal bijoux.  “With this campaign, we want to showcase how much work goes into making something so beautiful that it creates a legacy. We expect our audience to stay up-to-date with all the designs and styles available at Konika for them to pick from,” she concluded.