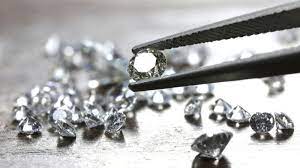 The Indian diamond industry’s revenue is set to drop 15-20% to $19-20 billion this fiscal, as compared with a decadal high in the last fiscal, following a double blow from falling demand and rising prices of roughs across the globe, according to Crisil Ratings.

Among the demand dampeners, a surge in Covid-19 cases has led to lockdowns in several regions in China, which is one of the largest consumers of Indian polished diamonds. Additionally, inflation and opening up of other avenues of discretionary spending, such as travel and hospitality, will dampen demand growth in the US and Europe in the near term. As for prices, the US sanctions on Russian diamond mining company Alrosa, following the invasion of Ukraine, has cut supplies of rough diamonds by almost 30%. The state-owned company is the largest diamond producer in the world and the supply constraint will continue amid sanctions on Russia. Also, key buyers in the US and EU have been insisting on certificates of origin. As a result, the prices of roughs have shot up almost 30% since the start of this fiscal.

“While volatility in rough diamond prices is typically passed on to the polished diamond prices — albeit with a lag due to the long operating cycle in the trade- tepid demand has kept polished prices from fully catching up with rough prices this time around. This could squeeze the operating profitability of Indian diamond polishers by 75-100 basis points to 4-4.25% this fiscal. Accordingly, interest coverage may weaken marginally,” Subodh Rai, Chief Ratings Officer, CRISIL Ratings said.

On the brighter side, payments from customers have been timely. This, along with reduced inventory, will control reliance on external debt. As a result, the total outside liabilities to tangible networth ratio will remain under 1.5 times for the industry, keeping the credit risk profiles of players steady.

Among other developments, pent-up demand and the strong festive season saw Indian diamantaires stocking up on rough diamonds in the second half of last fiscal. While polished exports grew 48% on-year last fiscal, rough diamond imports were up 74%, with almost 40% of the imports being in the closing quarter. The huge inventory build-up was corrected in the first quarter of this fiscal, following the onset of the Russia-Ukraine war at the fag-end of last fiscal and disruptions in the Chinese market because of new variants of Covid-19.

Rahul Guha, Director, CRISIL Ratings, said, “The increasing prices and short supply of natural diamonds has also meant a growing shift in consumer interest towards lab-grown diamonds, which resemble natural diamonds and are 50-60% cheaper to boot, offering growth opportunities in a price sensitive market. The market share of lab-grown diamonds is estimated to have expanded to about 8% presently from less than 3% two years ago.”