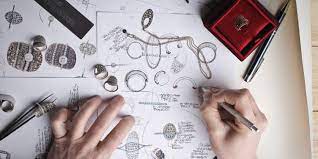 Gold jewellery manufacturing units in Mumbai, Ahmedabad, Coimbatore, Kolkata and ajkot have cut work time to 6-7 hours from 8-10 hours earlier as demand had fallen by more than 60% after the government hiked import duty to 12.5% from 7.5% last month. These manufacturing units employ around 6.5 million people. Jewellery manufacturers say job losses may be on the anvil in the coming weeks if business drops further.

“Demand has dropped significantly after the import duty announcement. We have been forced to reduce the man-hours to reduce jewellery manufacturing,” Muthu Venkatram, president, Coimbatore Jewellery Manufacturers Association, told ET.

India is the world’s second-largest gold consumer and the country increased import duty on gold as the surge in imports was putting pressure on its current account deficit (CAD). The government aims to reduce gold imports and preserve foreign exchange reserves.

India’s gold imports in June nearly trebled from year-ago levels on a correction in prices and as jewellers replenished inventories after robust sales during Akshaya Tritiya in May. The country imported 49 tonnes of gold in June, compared with 17 tonnes in the year ago period.

“Demand has reduced considerably due to fear of high inflation and an expected recession. Consumers are seen as saving money for essentials and not spending money on jewellery,” said Surendra Mehta, national secretary, India Bullion & Jewellers Association. “The work hours for goldsmiths and other workers have been brought down due to the fall in demand.”

India consumes around 800-850 tonnes of gold annually. Of this, 600 tonnes are used to make handmade jewellery, which are popular not only in India but across the globe. At present, the total duty and taxes on gold comes to 18%, which includes a 12.5% import duty, an agriculture infrastructure development cess of 2.5% and a 3% GST. Though there has been a drop in demand, a section of the trade believes that this would be temporary.