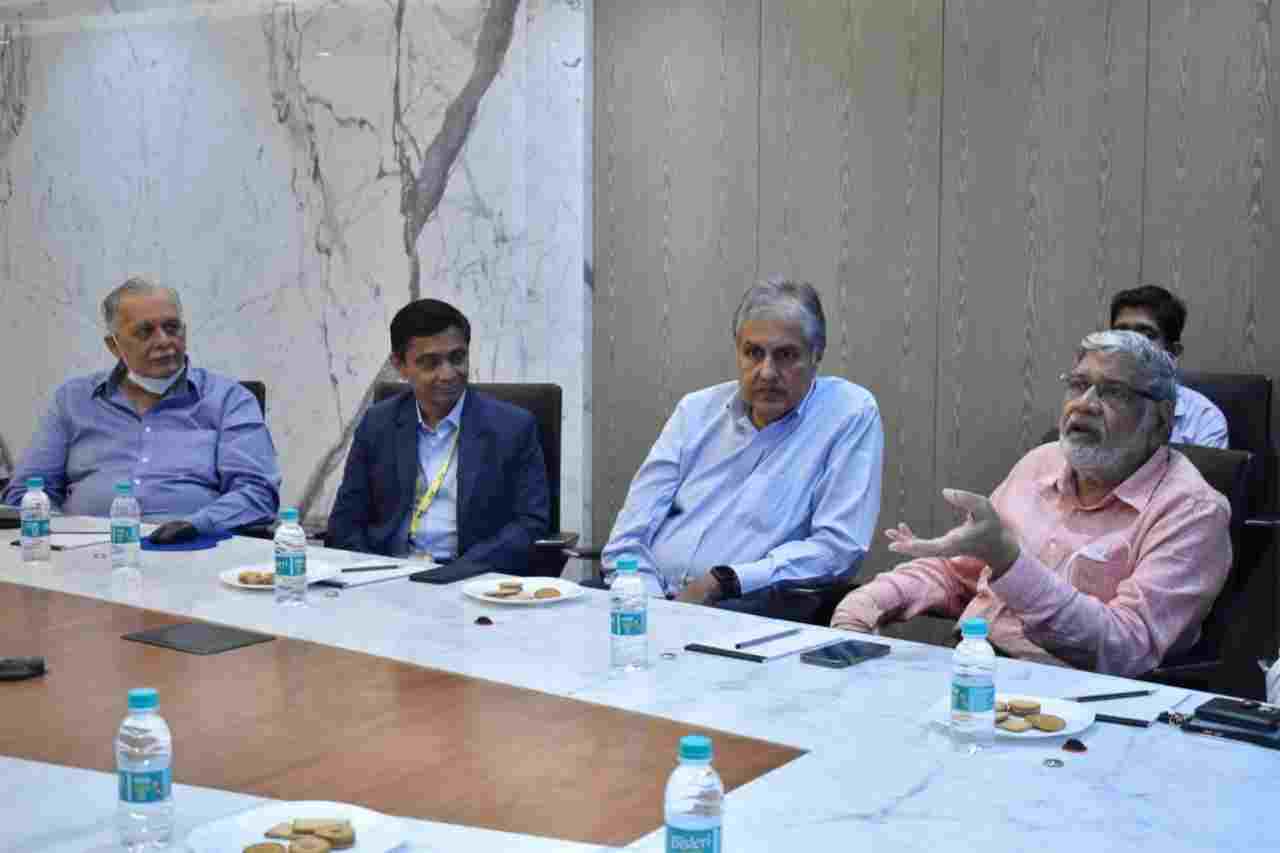 The ‘Gem & Jewellery National Relief Foundation’ has been the spearhead of coordinated social intervention by the Indian gem & jewellery industry since 1999, assisting entire communities during national calamities, and providing aid and relief for a number of other worthy causes.

The website – which can be accessed at gjnrf.org – documents the perspective and activity of the past 23 years and will be regularly updated to cover all ongoing activities of the Foundation.

The dignitaries congratulated the GJNRF on this new step and also for the wide-ranging social impact activity it has taken up during the last two decades.

Natarajan that the GIA has been extremely happy to partner with the GJNRF in numerous projects over the years. “More than the breadth of the work or the volumes of funds involved, what we really appreciate is that in every GJNRF project there has been the direct involvement of senior members right down to the grassroots level. Such personal commitment to the causes they espouse is really praiseworthy.”

Anoop Mehta observed that the industry has always put its best foot forward to help communities impacted by natural disasters and to respond to other social issues. “GJNRF’s achievements over the years have been the result of a combined and cooperative effort and involvement of a number of remarkably committed persons. It has been recognized as a true representative of the industry and received support from almost every section of the global diamond trade.”

Sanjay Kothari, Chairman, GJNRF, said, “The work of the Foundation is well-known among industry members, our partners and the communities that have been assisted. But we were often unable to communicate this effectively to others, including potential partners/donors. With the website, we will now be able to reach a much larger audience.”

He added that the website provides an idea of the extent of work that has been done by the Foundation over the years, and expressed gratitude to those who had selflessly contributed time and energy to achieve this. “Thanks to their efforts, the Foundation has been able to support projects worth over Rs 800 million, spread across more than 10 states and respond to various national crises including earthquakes, floods, cyclones, aid victims of wars and terrorist activity, and also support the workforce in difficult times,” Kothari elaborated.

There is a section on the impact the Foundation has had which includes testimonials in the form of videos from key partners, letters and other commendations received over the years.

Over the past two years, GJNRF was actively involved in providing relief and rehabilitation during the Covid pandemic. “Initially the activity was focused on the distribution of supplies both to those impacted by lockdowns and frontline workers. Subsequently, we concentrated our efforts on strengthening medical infrastructure,” he explained.

At the outset, Bakul Mehta, a member of the GJNRF Board gave a brief introduction to the project and how the challenges that were faced during execution over the past year were overcome.

The Foundation has drawn up plans for multiple projects during the forthcoming financial year and will disseminate information through the website and other media.

ORRA announces the launch of its newest store in India at Preet Vihar, New Delhi