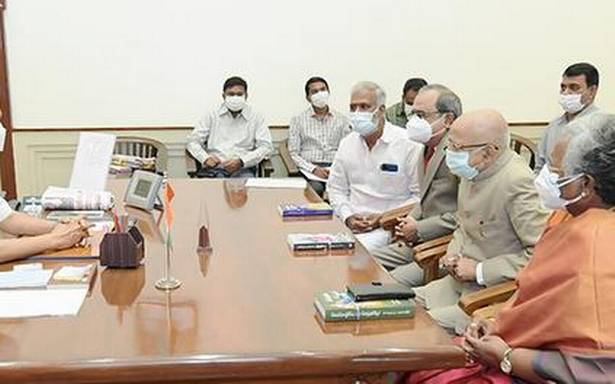 The Tamil Nadu government has named retired Supreme Court judge D. Raju and two retired High Court judges K. Ravichandrabaabu and R. Mala to head three panels to oversee works to melt jewellery received as donation by temples into gold bars. The State had announced that it would deposit the gold bars in banks to generate revenue for temples from the interest.

The retired judges called on Chief Minister M.K. Stalin at the Secretariat on Monday. HR&CE Minister P.K. Sekarbabu and Tourism, Culture and Religious Endowments Department Secretary B. Chandra Mohan were among those present at the meeting.

During the Assembly session, Sekarbabu had said the government would constitute three panels to oversee the melting of jewellery received by temples as donation into gold bars. The revenue generated from interests on depositing these bars in banks will be used for the maintenance of temples, he had said.