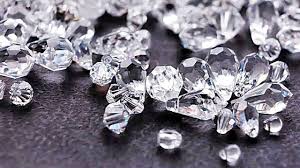 Indian exports are not just on a high growth path, there are some notable changes in the profile of exported goods. The country’s total merchandise exports grew by over 45 percent to $33.14 billion against $22.83 billion in August 2020. Eighty items accounted for over half the export value in August.

The SBI Ecowrap report found that diamonds are India’s biggest export items. While India is known for items like sugar, tea, labour-intensive products, the report highlighted that many such items have fallen out of the top exported goods category over the past month. Animal fodder, coffee, tea, mate, and spices are no longer the top export items.

Diamonds made up 6 percent of the total export value, and diesel 5 percent. Surprisingly for some, diesel is India’s second-biggest export item after diamonds.

The other 80 items in the top exported goods lists were from petroleum and energy, gems and jewellery, agri, fishery, meat and allied sectors, chemicals and pharmaceuticals, metals, and transport equipment.

The report also found that several new items have entered the top export spots. These were aluminium, ships, boats, and floating structures, furniture, aeroplane and spacecraft parts, and zinc.

But the change in the makeup of exported goods is not all good news for India. Jewellery, gems and petroleum products have relatively high volatility and sudden price changes can directly impact India’s gross merchandise value of exports negatively.

“The core exports base has remained static with gems and jewellery and petroleum products being the most prominent components. Both have inherent volatility and this subjects India’s overall exports to overall volatility,” the report said.

India had long been the world’s only source of diamonds, with the discovery of diamonds in South Africa in 1896 changing that for the first time. While the country is no longer a production hub for diamonds, India is still a major centre of diamond cutting and polishing. It is estimated that nearly 90 percent of the world’s polished and cut diamond supply comes from India, with a significant portion of that capacity being located in Surat itself.