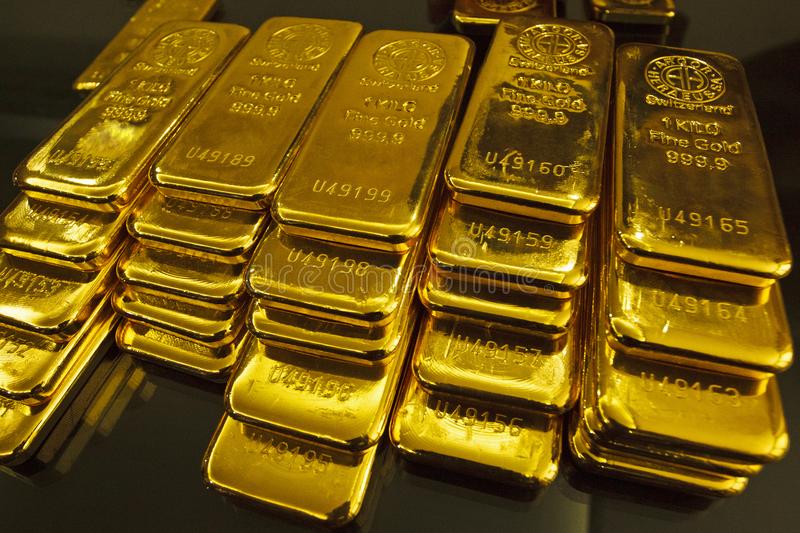 Investors face a challenging environment during the second half of 2022, needing to navigate rising interest rates, high inflation and resurfacing geopolitical risks. In the near term, gold will likely remain reactive to real rates, driven by the speed at which global central banks tighten monetary policy in an effort to control inflation. Yet, in our view:

• Rate hikes may create headwinds for gold, but many of these hawkish policy expectations are priced in.

• Concurrently, continued inflation and geopolitical risks will likely sustain demand for gold as a hedge.

• Underperformance of stocks and bonds in a potential stag flationary environment may also be positive for gold.

Higher rates in 2022 outweighed inflation risks Gold finished H1 0.6% higher, closing at US$1,817/oz. 1 The gold price initially rallied as the Ukraine war unfolded and investors sought high-quality, liquid hedges amid increased geopolitical uncertainty. But gold gave back some of those early gains as investors shifted their focus to monetary policy and higher bond yields. By mid-May, the gold price had stabilised in response to the tug of war between rising interest rates and a high-risk environment. The latter was a combination of persistently high inflation as well as likely support from the extended conflict in Ukraine and its potential knock-on effects on global growth. This was also reflected in both COMEX net long positioning and gold ETF flows. The latter saw strong investment early in the year before giving back some gains in May and June. Yet, by the end of June, gold ETFs had amassed US$15.3bn (242 tonnes) of inflows year-to-date. Our Gold Return Attribution Model (GRAM) corroborates this. Rising opportunity costs – both from higher rates and a stronger dollar – were key headwinds to gold’s performance y-t-d, while rising risks – from inflation as well as geopolitics – pushed gold higher for much of the period.

We believe that the geopolitical risk premium is also represented in the larger than normal ‘unexplained’ element of our GRAM model in recent months, which has made a strong positive contribution to gold’s price performance in tandem with the prolonged Russia–Ukraine war. For example, an often-used simple model based solely on US real rates and the dollar suggests that gold would normally be significantly lower, contrasting with its actual marginally positive performance (Chart 2). Notably, even though the appreciation of the US dollar against a wide variety of currencies has been a headwind to the gold price (when measured in US dollar terms), it has at the same time propped up gold’s performance in many other currencies, including the euro, yen and pound sterling.

Further, at first glance, gold’s flat y-t-d performance may seem dull, but gold was nonetheless one of the bestperforming assets during H1. It not only delivered positive returns, but it did so with below-average volatility (Chart 3). As such, gold has actively helped investors mitigate losses during this volatile period. Especially considering that both equities and bonds, which usually make up the largest portion of investors’ portfolios, posted negative returns during the period.

Looking ahead: investors walking a tightrope

We believe that investors will continue to face significant challenges during the second half of the year. As such, they will need to balance several competing risks compounded by a fair degree of uncertainty about their magnitude. Monetary policy uncertainty will likely ramp up volatility Most central banks were expected to lift policy rates this year, but many have stepped up their actions in response to persistently high inflation.2 The Fed hiked its funding rate by 1.5% so far this year, the Bank of England has increased its base rate five times since November 2021, to 1.25%, and the Swiss National Bank hiked rates for the first time in 15 years. And although the European Central Bank hasn’t yet raised rates, it has indicated it is prepared to do so. Among developing economies, the Reserve Bank of India is also expected to considerably increase its repo rate by the end of the year. These actions have had a significant impact on financial markets, including gold. Indeed, data suggests that investor expectations of future monetary policy decisions – expressed through bond yields – have historically been a key influence on gold price performance. And as we discussed in our Gold Outlook 2022, historical analysis shows that gold has underperformed in the months leading up to a Fed tightening cycle, only to significantly outperform in the months following the first rate hike (Chart 4). Contrastingly, US equities had their strongest performance ahead of a tightening cycle but delivered softer returns thereafter. It’s also worth noting that, while most market participants still expect significant policy rate increases, some analysts argue that central banks may not tighten monetary policy as much as expected. Their reasons include potential economic slowdowns that may result in contractions, but also in some cases a switch from supply constraints to supply surpluses in non-commodity consumer sectors. Inflation may linger even if it peaks Inflation remains at historically high levels, and while investors expect inflation to cool down eventually, we believe it will remain high.

In particular, this is due to:

• Lingering commodity-related supply-chain disruptions from the pandemic and the Ukraine war, which have caused a surge in key energy and commodity prices.

Gold has historically performed well amid high inflation. In years when inflation was higher than 3%, gold’s price increased 14% on average, and in periods where US CPI averaged over 5% on a y-o-y basis – currently at ~8% – gold has averaged nearly 25% (Chart 5). Also, gold has outperformed other commodities in higher inflationary periods, which has yet to happen this time around. However, our analysis suggests that gold lags other commodities in commodity-led inflationary periods, and catches up and outperforms over the subsequent 12–18 months.

Amid opposing forces, real rates will likely remain low Despite forthcoming rate hikes by various central banks, nominal rates will likely remain low from a historical perspective. This is important for gold since gold’s short- and medium-term performance often tends to respond to real rates, which combine two important drivers of gold performance: “opportunity cost” and “risk and uncertainty”.

Investors are facing difficult choices in terms of asset allocation

Further stock market pullbacks are likely in the face of faltering economic growth combined with persistent high inflation against a backdrop of simmering geopolitical tensions. Similarly, the risk of a stagflationary environment has increased materially. And our analysis shows that while gold has tended to lag during reflationary periods, it has still performed well and it has also significantly outperformed in stagflationary periods. Further, questions remain on the ability of bonds to provide the diversification that investors need. High-quality government bonds have been a favoured safe-haven asset over the last 20 years because of low inflation and interest rates. But higher inflation weakens the appeal of government bonds as a diversifier, increasing both yields and the correlation to stocks. At the same time, inflation-linked bonds, designed to track CPI, may not provide investors with the refuge they need. Since the start of the year inflation-linked bonds have fallen despite the rapid rise in CPI levels. The Bloomberg Global Inflation-linked Bond Index has declined 18% year-to-date (Chart 8). As such, gold can be a valuable risk-management tool in an investor’s arsenal.

Consumer demand will likely face hurdles The challenging environment also has implications for consumer demand for gold over the rest of the year. While many markets should continue to benefit from the postCOVID recovery, we expect widespread economic slowdown to put pressure on consumer demand for gold, particularly with many markets seeing notably higher local gold prices. China is especially susceptible to weakness as the government pursues its zero-COVID policy, with possible mobility restrictions which cast a shadow over future growth. Indian demand is also facing challenges, although to a lesser degree than those in China. High local inflation, uncertainty about the economic outlook, and the surprise increase of the import duty for gold – aimed in part to mitigate the impacts of rupee weakness – will likely weigh on the recovery of gold consumer demand.

Gold’s behaviour will depend on which factors tip the scale We believe that gold will face two key headwinds during the second half of 2022:

• A potentially stronger dollar. However, the negative effect from these two drivers may be offset by other, more supportive factors, including:

• High, persistent inflation with gold playing catch-up to other commodities.

• Market volatility linked to shifts in monetary policy and geopolitics.

•The need for effective hedges that overcome potentially higher correlations between equities and bonds.

In this context, gold’s both strategic and tactical role will likely remain relevant to investors, particularly while uncertainty stays elevated.