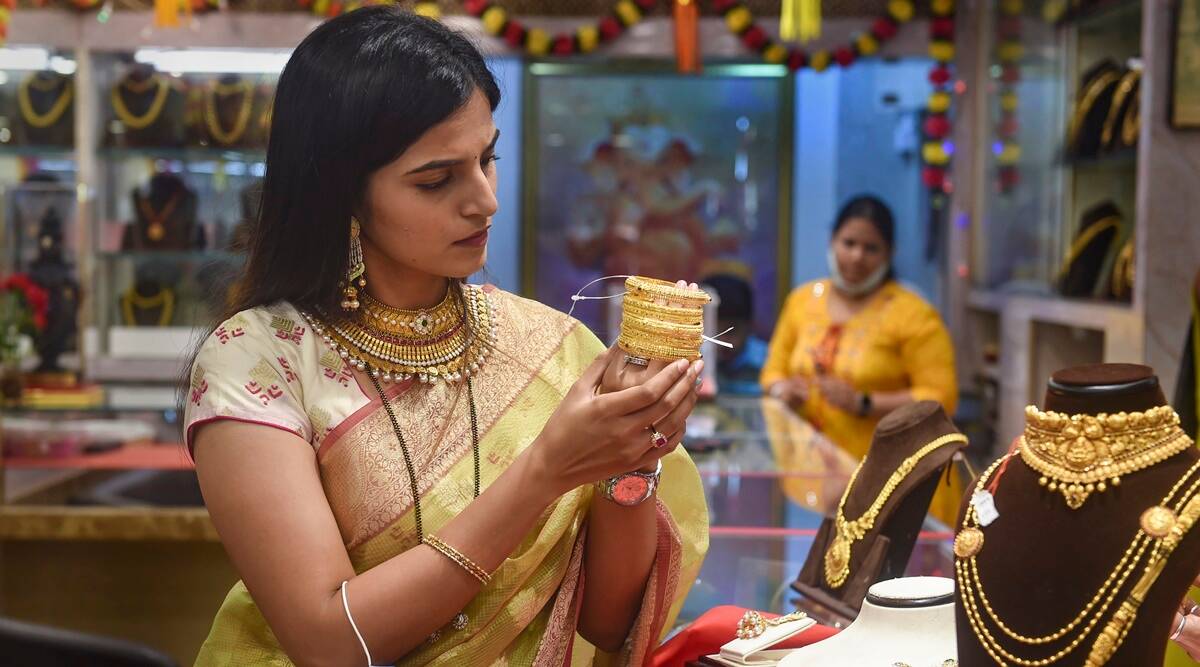 Gold jewellery demand in India is likely to decline in the second and third quarters of this fiscal due to hike in import duty, high volatility in prices and inflationary pressure, according to a report.

While demand is likely to contract by 8 per cent year-on-year in the second quarter of FY23, the decline is expected to be higher at 15 per cent in the third quarter due to the exceptionally high base in the same period of FY22, Icra said in a report.

According to the report, the exceptional third quarter performance in FY22 was due to the post-Covid reopening of the economy and the substantially high demand in the wedding and festive seasons.

Nonetheless, overall industry is expected to grow by a moderate 10 per cent year-on-year (y-o-y) in FY23 on the back of strong performance in the first quarter of FY23 and steady demand in wedding and festive season in the current fiscal.

The organised jewellery retail industry’s revenue is likely to grow at a higher pace of 14 per cent y-o-y in FY23, driven by continued store expansions, the report added.

“In addition, an increase in other discretionary spending on things like travel due to lower restrictions and a likely reduction in the share of jewellery purchases in overall wedding expenditure, which was higher last year due to restrictions around gatherings, are also factors that can affect demand. Rural demand for gold is also likely to be impacted by uncertain monsoons in the current year and higher interest rates on agricultural loans which could dent disposable incomes,” Icra Senior Vice President and Group Head Jayanta Roy said.

The jewellery retail sector is estimated to have grown by a robust 88 per cent y-on-y in the first quarter of FY23, driven by strong demand during the Akshaya Tritiya season and continued momentum in wedding purchases, the report further stated.

This strong growth comes on a relatively low base of the first quarter of FY22, it added.

Meanwhile, the report revealed that the industry consumption surpassed pre-pandemic levels in the April-June quarter of FY23, given the sharp recovery after the pandemic-induced disruptions witnessed during the first quarter of the last two fiscals.

Demand in FY23 is likely to be 30 per cent higher than the pre-Covid levels seen in FY20, banking on the robust growth during the first quarter.

The Icra report further stated that the estimated revenue growth for organised players is expected to be healthy at 14 per cent y-o-y in FY23, driven primarily by anticipated store expansions and a gradual shift from the unorganised segment to the organised players.

Post the healthy levels of operating profitability seen in FY21 and FY22 on the back of inventory gains, profitability in FY23 is estimated to witness some moderation because of an increase in operating costs, it said.

Nevertheless, margins of organised retailers are likely to remain higher than the average levels seen over the last decade and are expected to stabilise at around 7-7.5 per cent over the medium term.