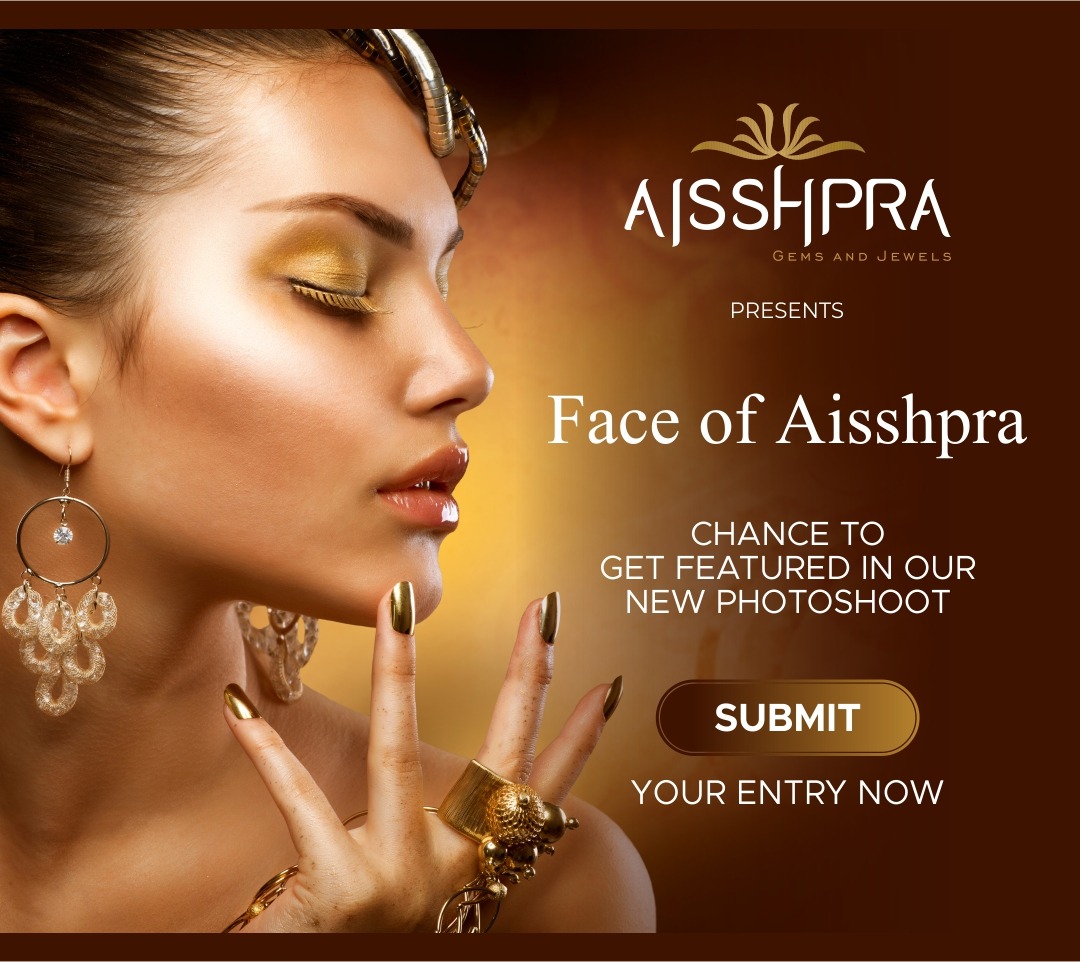 Aisshpra Gems and Jewels had recently organized a digital-only contest called ‘Face of Aisshpra’ on Facebook and Instagram.  As per the contest, the winner will get a chance to be the official face of the brand for any upcoming campaign in 2022.

The contest was valid only for female participants between the age group of 18 – 40 years from Uttar Pradesh, who had to submit entries on the official social media handles of Aisshpra Gems & Jewels. Entries can also be submitted through an e-form wherein one had to submit their full name, date of birth, residential address, contact number and three photos for the qualifying round.

Each contestant needed to shoot a video within a minute, stating the attributes of Aisshpra Gems and Jewels which she liked and reasons why she feels she should represent the brand. The video needed to be uploaded on the social media profile of the participant, tagging the official handle of Aisshpra Gems & Jewels. The participant with maximum engagement (likes and shares) on her video won the chance of a photoshoot by the brand in either Gorakhpur or Lucknow for a promotional campaign on digital and print platforms. The contest was promoted only on the social media platforms. It was launched on 25 January and the last date of entries was 5 February. Speaking about the contest, Saumitra Saraf, Partner, Aisshpra Gems and Jewels, said, “We were looking for different ways to engage with customers on social media. We also wanted to see how many customers wanted to associate with the brand and are ready to get their faces on the advertisement material of Aisshpra on banners and hoardings.”

According to Saumitra, the brand had received a response that far exceeded expectations. Recollecting a similar campaign done in the past, Saraf said that the response received was lukewarm back then, for which the brand didn’t have high expectations this time too.

“However, we are very happy with the overall performance of the campaign as we got almost 84 responses in the 11-day-long contest. We had many customers outside Uttar Pradesh who had sent messages enquiring for participation, but we had limited participation to UP only, and thus, had to refuse. Next time, we will organize the contest in a much better and bigger scale,” Saumitra added. The jeweller is planning to invite a few renowned personalities from the fashion industry to judge the entries and declare the winner’s name.