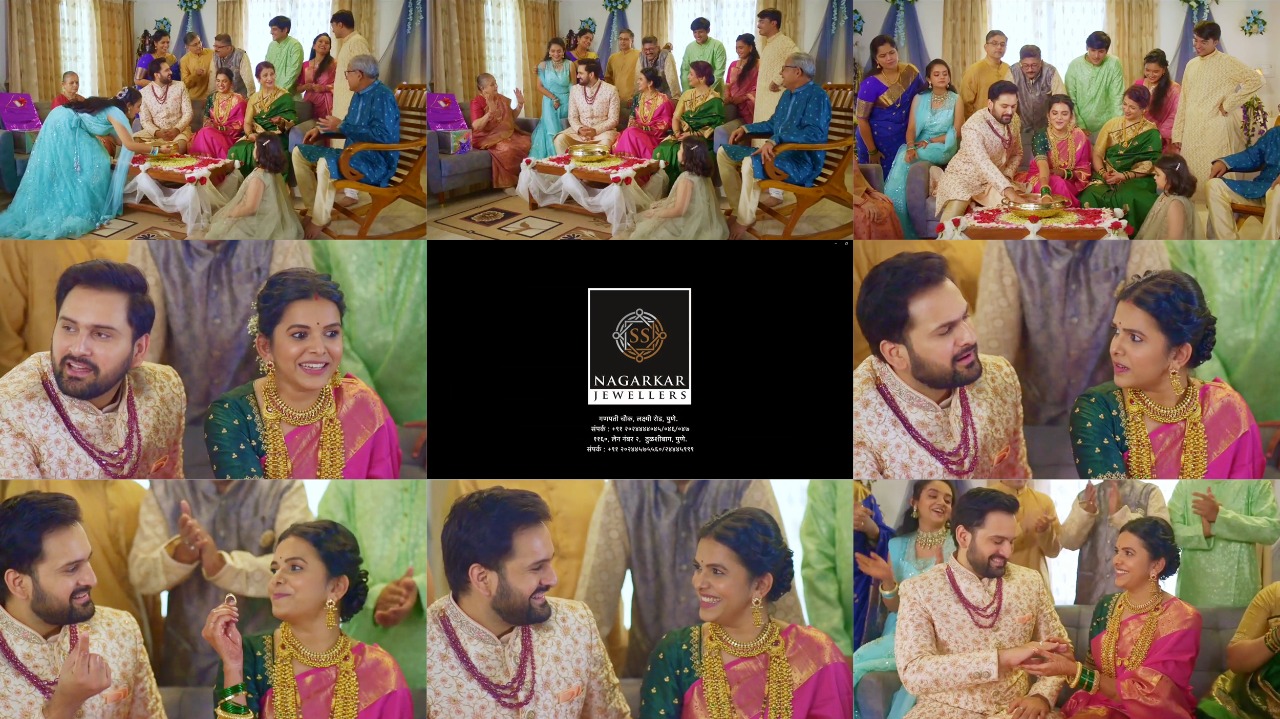 Regional brands are scaling the ladders of digital impression with good content. Rising from obsolete traditional marketing tactics, they are approaching advertisement with two strongholds: one being local customer behaviour and the newfound treasure trove of messaging, and not bling, that does the talking. One such brand is SS Nagarkar Jewellers, Pune, whose latest ad on bridal jewellery gives a refreshing talkpoint.

The ad is set in the backdrop of a ring-finding ceremony in a Hindu wedding. As per tradition, the vessel contains one ring and thus, it’s a race between the man and his better half on who gets the ring first, and has a hold over the other for the remainder of their married life. Naturally, every family member is excited and are placing their respective bets at the back of their minds, but the game ends surprisingly with both spouses getting a ring each.

That is where the groom explains that relationship isn’t a competition, which is why this ritual is better enjoyed when each one gets their ring. He also draws attention of the family as he says that he wants his wife to have an equal say in every decision of their conjugal life.

The Marathi ad drives home an important message of equality through an excellent script, narrated in perhaps the most relatable landscape of Indian matchmaking. While driving such liberal messages, SS Nagarkar Jewellers is creating awareness among its audience and building a strong image as a brand for the women of today!