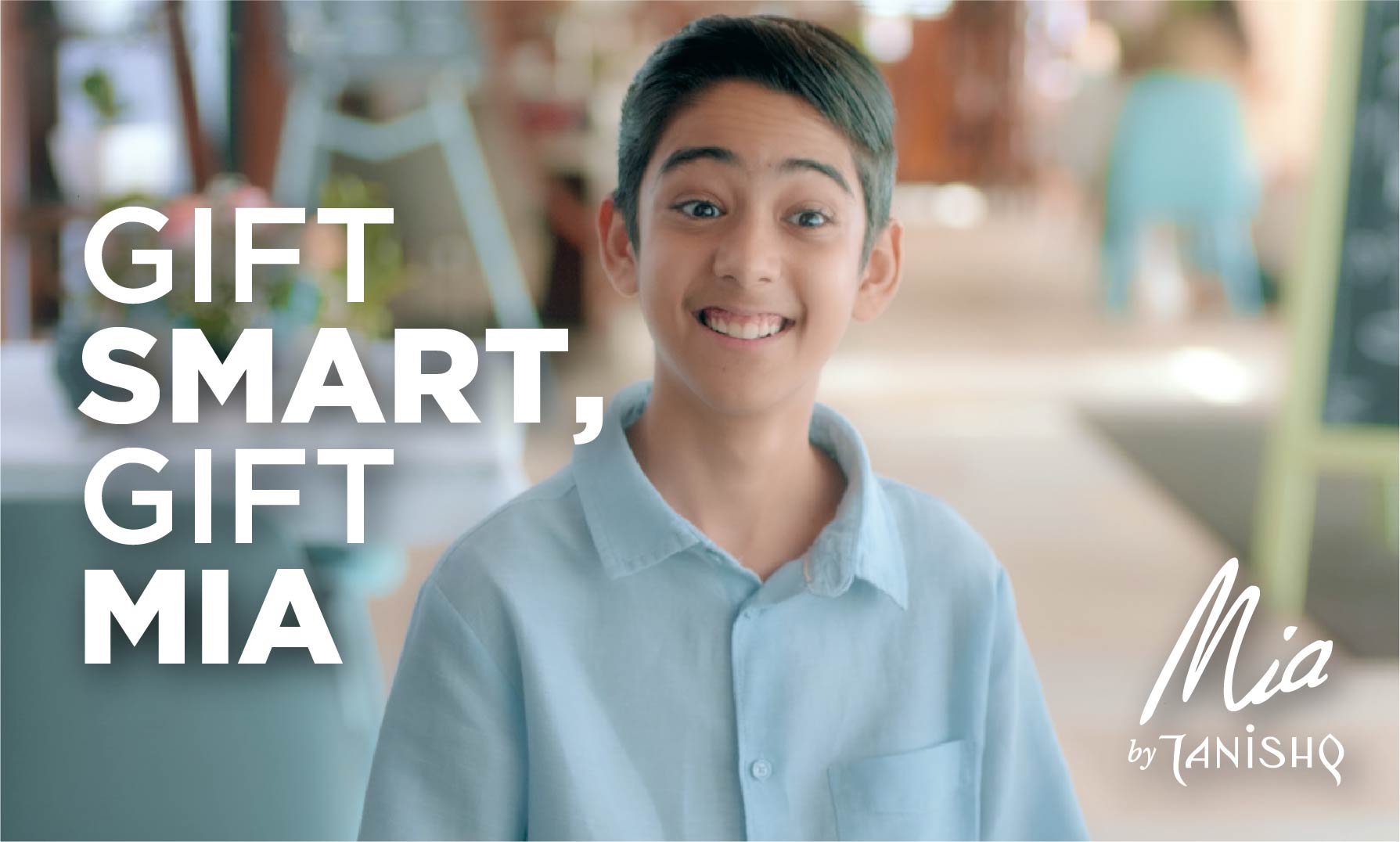 With the nation stepping into a celebratory mode with the resumption of Indian Premier League 2021, Mia by Tanishq, one of India’s most fashionable jewellery brands aims to reignite the art of thoughtful gifting. The brand launches a series of short, quirky gifting films as part of its latest campaign, ‘#GiftSmartGiftMia’ for the IPL season.

Stemming from real data-based insights, the film aims to catapult conscious gifting and its power of positive emotions. Mia by Tanishq is for the discerning and progressive women who lead by example and are fiercely independent. Mia women love to express their emotions as well as they appreciate being expressed to and when it comes to gifting, they also prefer gifts that are well thought of and appeal to their emotional quotient.

The campaign, ‘#GiftSmartGiftMia’ 25sec digital films are aimed to help men make the perfect choice when gifting their partners. The quirky films also have a unique element of humour, setting the right tone for the modern Mia audience. With the launch of the campaign for the IPL season, Mia by Tanishq intends to reinstate its position as the most preferred choice of brand for gifting loved ones on every occasion.

Speaking about the campaign, Shyamala Ramanan, Business Head, Mia by Tanishq, said, “The Mia gifting campaign is an outcome of intense data analysis and social post listening. Jewellery is one of the most gifted categories and an in sighting exercise confirmed that men who believe their partners are modern, independent and expressive veer towards Mia by Tanishq as it is a choice that can never go wrong!

We chose humour as our communication route basis our understanding of consumer. Away from the high emotional quotient, that is the hallmark of jewellery advertising, we as a brand wanted to infuse a slice of life moment and the ability to take ourselves lightly. The campaign brought a smile to our lips as we all fondly recalled episodes like these in our lives and we are confident it will appeal hugely to both men and women.

Melvin Jacob, Executive Creative Director, Famous Innovations Bangalore, says, “IPL is when India’s huge viewership gets into celebration mode. We wanted to use this opportunity to capture fun millennial dating goof ups and the gifting choices people make. The films pick on the thought that gifting isn’t about spending money, rather it’s about gifting smart and being tasteful. The spots are lighthearted, insightful and fun – and definitely a fresh take in the jewellery space.”