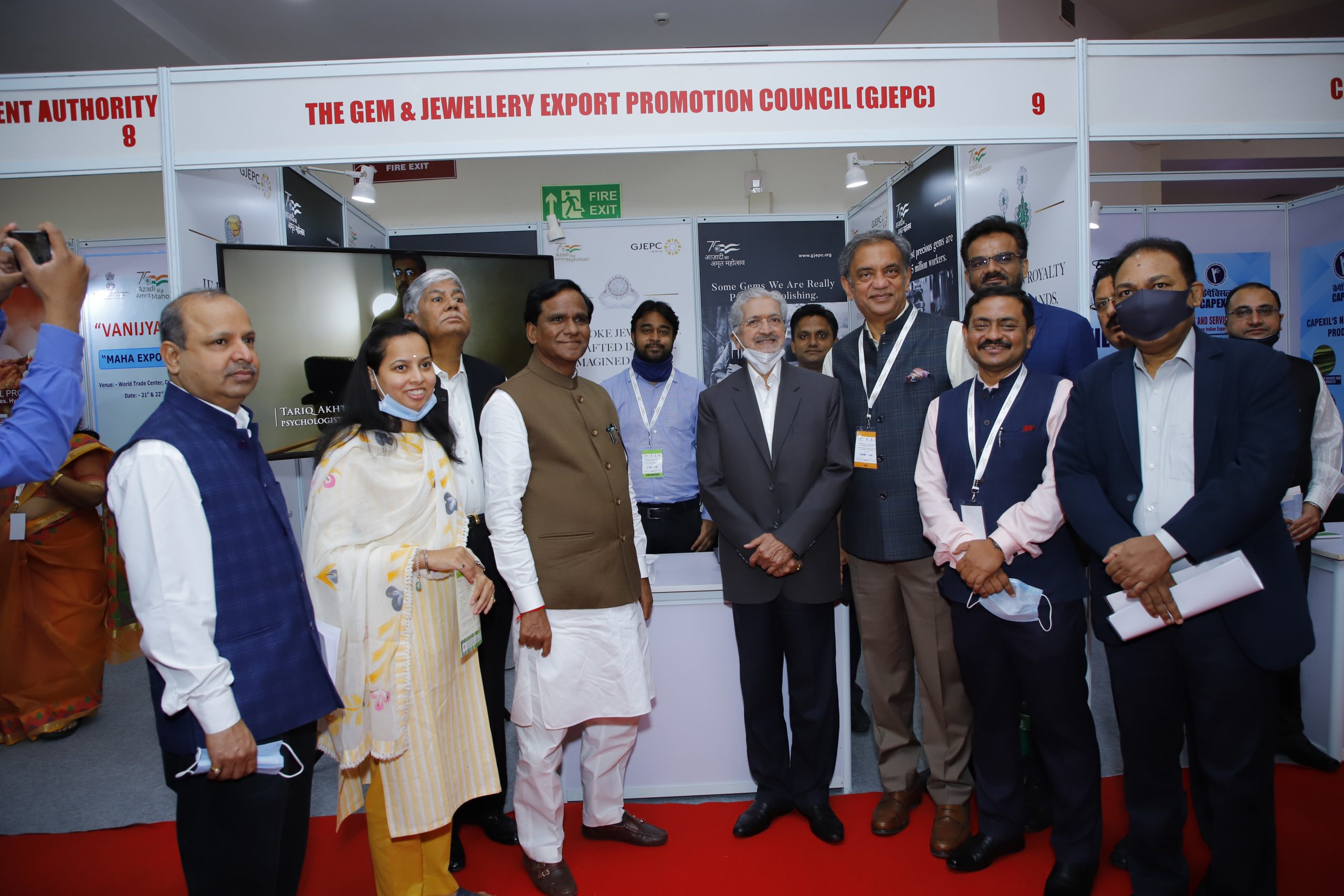 The conclave commemorates the 75th Anniversary of Indian Independence with the core focus being economic growth and promotion of exports in Maharashtra. Panel discussions on exports and bilateral trade opportunities to make the state an export hub to take place during the 2 days. The panellists include important state government and banking officials.

Maharashtra is the most industrialized State in India and has maintained the leading position in the industrial sector in the country. The State is a pioneer in small-scale industries and boasts of many special export promotion zones. The Exports from Maharashtra are increasing as the economy is flourishing currently. Although highly industrialized, agriculture continues to be the main occupation in many regions of the state with 24.14% of the people are employed in agriculture and allied activities. Maharashtra is leading in the Economy, GDSP, Industries, and services sectors.

Speaking at the opening ceremony, Raosaheb Patil Danve, Hon’ble Minister of State (Railways, Coal & Mining), Govt. of India said, “Maharashtra is one of the leading states currently contributing 20% to India’s GDP. Under the guidance of Prime Minister Narendra Modi, India will soon become a USD 5 trillion economy. To achieve this target, we need to increase our exports as well as our Atmanirbharta (self-reliance).”

Subhash Desai, Hon’ble Minister of Industries, Mining & Marathi Language, Govt. of Maharashtra, said, “I am confident that Maharashtra will contribute significantly to Prime Minister Narendra Modi’s Vision of accomplishing 400 billion dollar exports this Financial year. We are coming up with a number of schemes like Amnesty Scheme to help defunct units start again; Plug & Play initiative by Maharashtra Govt. which will give companies access to ready infrastructure; and access to cheaper electricity for industrial units, etc. I want the GJEPC to expedite their Jewellery Park Project in Mumbai and if you require any handholding, we are happy to support.”

Aditi Tatkare, Hon’ble Minister of State (Industries & Mining), Govt. of Maharashtra, “I would like to thank the Govt of India, DGFT, GJEPC and WTC in playing a major role in organising this esteemed event focussed on exports and promotions of the state. Maharashtra has contributed significantly when it comes to forming small, medium, large industrial sector of the country. The state is one of the leading states for exports and has set a benchmark for all other states in the current financial year. Prominent policies like ‘one point window policy’ along with other promotional activities for women entrepreneurs have played vital role in creating the ‘Magnetic Maharashtra’ 2.0. The state has garnered an investment worth 1 lakh thirty thousand crore in the times of COVID. I am certain that Maharashtra will be able to maintain its Numero uno position in the coming times as well.”

Sanjay Shah, Convener, Diamond Panel, GJEPC, speaking at the Inauguration ceremony said, “The gem and jewellery sector has an ambitious export target of 43.75 billion dollar for financial year 2020-21. Maharashtra will play an important role in achieving this target. SEEPZ in Mumbai processes more than 40% of India’s total jewellery exports from the country; and over 60% of the exports of gems & jewellery from India takes place through Mumbai only.”

“GJEPC’s next big project on the anvil is Jewellery Park in Navi Mumbai. Honourable Chief Minister of Maharashtra, Uddhav Thackeray has mandated to make this park an architectural marvel to attract tourists in Maharashtra and Council is determined to do the same”, Sanjay Shah added.

India is the world leader in cut and polished diamonds, exporting 94% of its production annually. 14 out of 15 diamonds set in jewellery worldwide are processed in India. The industry could achieve this through constant upgradation of technology. The sector has highly skilled workers who are the backbone of this sector.

Gem and jewellery industry is the bright star of the economy, contributing 7% to India’s total GDP and 12% to Merchandise Exports. For the further growth of the sector, GJEPC has been taking a host of initiatives such as setting up Mega Common Facility Centre in SEEPZ, and Jewellery Park in Mumbai.

GJEPC, as the apex body of the gem and jewellery trade in India, has been driving the export lead growth of the industry. Several initiatives for promotion of gem and jewellery domestically and internationally have helped the industry to be one of the most respected and renowned in the global market.

Maharashtra houses the world’s Largest Diamond Bourse in the world. Bharat Diamond Bourse is spread over a 20-acre plot, the Complex is home to some 2,500 small and large diamond traders in addition to the Custom House, banks and other service providers who cater to the gems and jewellery trade. Mumbai is the largest processor of jewellery in India.

Mia by Tanishq launches #GiftSmartGiftMia campaign ahead of the IPL season