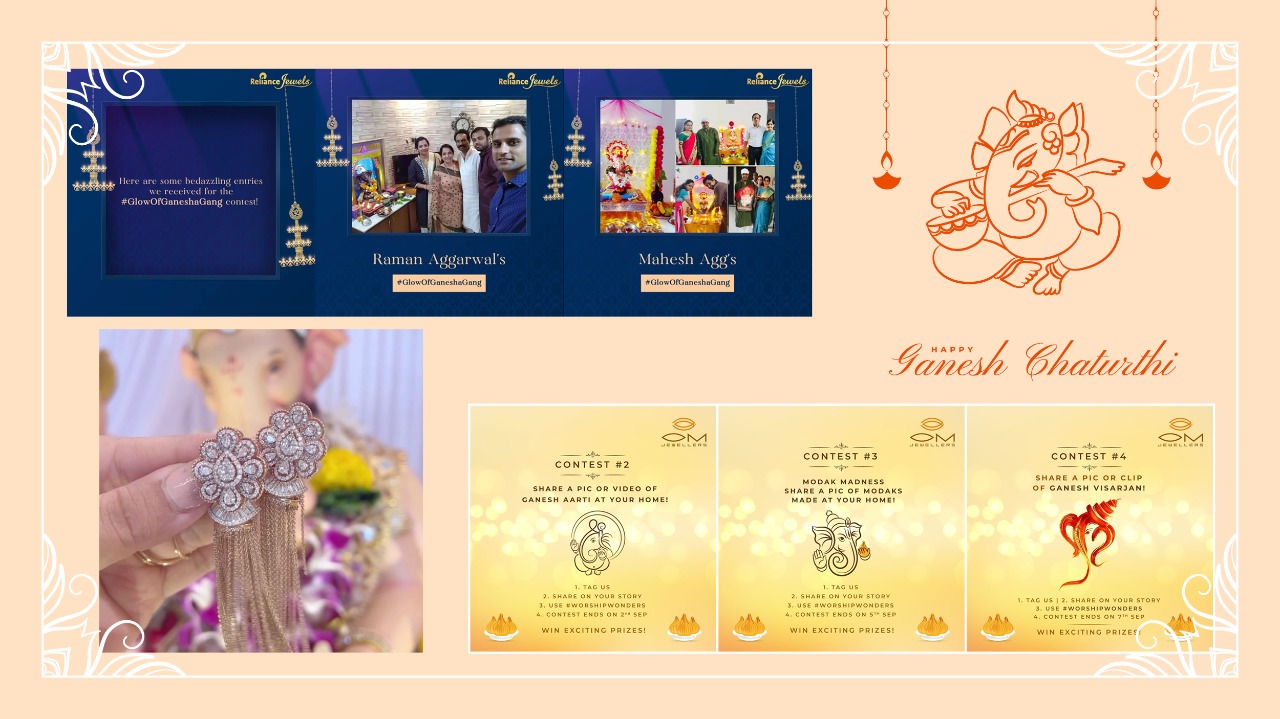 Ganesh Chaturthi is the biggest festival for Maharashtra. Likewise, it’s a great opportunity for jewellers to appeal to the devotees with ranges signifying Lord Ganesha and the grandeur of the occasion. That’s why several jewellers have come up with interesting activities on social media to increase the excitement around Ganpati Bappa.

Om Jewellers has come up with a series of contests named #Worshipwonder for its followers on social media. Realising the importance of the celebration to engage with the core target group, the brand grouped its campaign into different stages of Ganeshotsav, starting from Ganesh sthapana and ending it with Ganesh visarjan. Engaging followers from the last week of August till the first week of September, the brand retained the interest of its prospects through information enquiries and social media impressions throughout the 10-day festival and beyond, by announcing the winners of the contest after the festival.

MK Jewellers has taken the next step in associating jewellery sale during Ganeshotsav. Their recent social media video shows a customer putting her recently-purchased pair of earrings before the idol of Lord Ganesha. The video also conveys the strong bond jewellery has with worship.

Reliance Jewels has also promoted gold and silver Ganesha idol artefacts during the festivity. The brand has also conducted a #GlowOfGaneshaGang contest, in which the participants are asked to showcase an image of their Ganesha Gang of buddies and share their fondest memory with the abovementioned hashtag. The brand followed the activity up with the announcement of 10 winners from across the country, who have shared their images with the idol of Lord Ganesha.