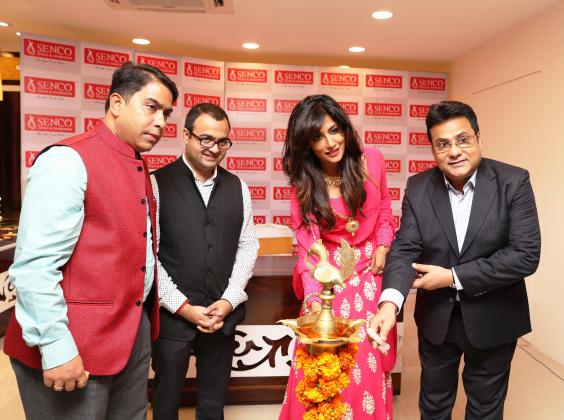 Kolkata-based Senco Gold and Diamonds, which is planning an IPO later this financial year, is targeting to invest Rs 800-1,000 crore in the next five years for expansion, a top company executive has said.

It is also aiming to open around 109 new stores in the next five years, taking its total store count to 200.

“We currently have 91 stores pan-India, most of which are in the eastern region. We are planning to reach 200 stores in the next five years, with a focus on the northern and eastern regions,” Senco Gold and Diamonds executive director Suvankar Sen told PTI.

The company will invest Rs 800-1,000 crore for this expansion, which will have a mix of company-owned and franchise outlets, he said.

“We are planning to raise the fund for expansion through the capital market. We expect to bring out the Rs 700-800 crore IPO (initial public offering) in this financial year if everything falls into place in time,” he added.

The company, which focuses mainly on light-weight jewellery, is also expecting a 5-10 per cent revenue growth in FY19, looking at the current trends, according to Sen.

“The market is stabilising gradually after hurdles like GST compliance, lack of clarity in removing jewellers from the Prevention of Money Laundering Act (PMLA), ruling high prices, among others. The market is picking up slowly, and looking at the trends in April and May, we are expecting a 5-10 per cent growth in revenue this financial year,” he said.

Its revenue stood at Rs 2,000 crore in the last financial year.

When asked about the ease of getting funds from banks in the wake of the 1,300-crore PNB scam, Sen said, clearances are taking around three months now, from one month earlier, which is affecting the unorganised sector.

However, he said, there is no problem for the organised segment in the jewellery industry.

Kolkata gets its first Forevermark boutique