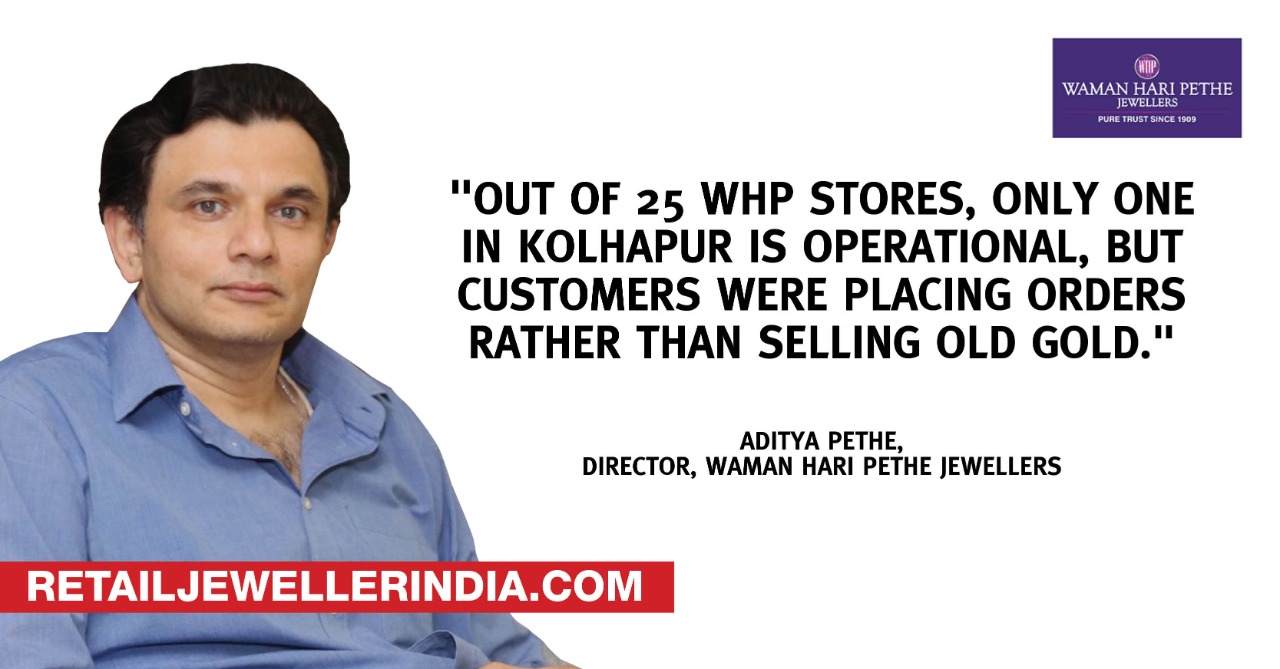 Jewellers operating in states like Kerala , Maharashtra and Goa, whose governments have eased restrictions in certain areas , said Most customers were placing orders rather than selling scrap.

Heavy scrap arrival, or sale of old gold for cash, hasn’t happened despite record high gold prices and the impression among jewellers that Covid-induced economic distress would result in huge scrap supply at their showrooms once lockdown restrictions were eased gradually . The reason, points out a gold market analyst, is the presence of gold loan companies for the hard-pressed .

Jewellers operating in states like Kerala , Maharashtra and Goa, whose governments have eased restrictions in certain areas , said Most customers were placing orders rather than selling scrap .

“In six -seven showrooms out of 27 operating rotationally in the state (Maharashtra), new gold sales comprise 80% while old gold sales have been 20%,” said Amit Modak, CEO, PN Gadgil Jewellers. “This is contrary to what most thought before the lockdown began to be eased gradually.”

The same is the experience of Aditya Pethe , director , Waman Hari Pethe Jewellers (WHP) . Out of 25 WHP stores , only one in Kolhapur is operational, but customers were “placing orders rather than selling old gold,” he said .

Since the start of the year , 99.5% purity gold has shot up 20% to Rs 46700 per 10 gm (ex GST), as per trade body IBJA. With prices near a peak jewellers and industry watchers expected a surge of scrap once lockdown restrictions were eased , but that hasn’t happened .

Well known south name, Malabar Gold has witnessed “very robust“ footfalls for across 36 stores which opened this week , abiding by “all the requisite safety norms,” said a company official.

Chirag Sheth , senior research consultant (South Asia) , Metal Focus, attributes the low scrap arrival to the presence of gold loan companies Muthoot Finance and Manappuram Finance which cater for customers “wanting to leverage the gold jewellery amid rising prices either to deploy the funds elsewhere or to meet urgent requirements amid the pandemic” .

Prices of gold broke out since September last year .