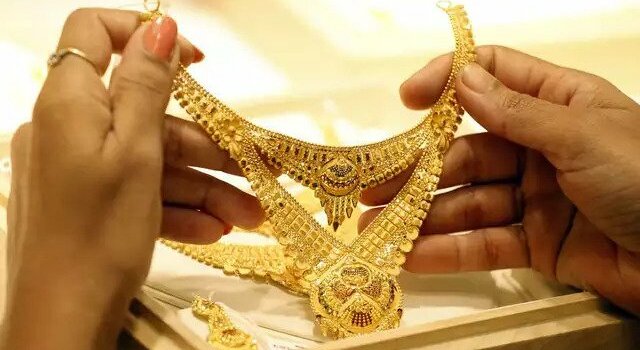 Kolkata: Sales of old gold are likely to surge once the 21-day lockdown is over as people will likely liquidate the yellow metal, which is now trading at Rs 45,000 per 10 gms, to generate cash in hand.

The gold trade is expecting that the farming community may become the biggest seller of the metal since they are not being able to sell their produce as mandis are closed or they are facing transportation constraints.

Gold is considered as an important asset class in rural India, which accounts for 60% of India’s annual gold consumption of 850-900 tonnes.

“After the lockdown is over, people will try to spend money to uplift their mood. They will go for shopping,” said James Jose, a Kerala-based gold refiner. Since the lockdown would have affected their income, “there will be a trend among the people to sell old gold to generate instant cash”, he added.

Nitin Khandelwal, a leading jeweller from Akola in Maharashtra, said rural people would sell gold to get out of the economic distress that has been caused due to the ongoing three-week-long lockdown.

While sales of old gold may pick up once the lockdown is over, jewellers who have a presence in the rural areas are facing a new problem. “A number of marriages have been cancelled. So, the families where weddings were going to happen had placed orders with the jewellers. Now that the weddings have been cancelled, they don’t want the jewellery now and instead are asking for cash,” said Khandelwal. “Giving away cash is becoming a problem. They do not want money to be transferred to their accounts digitally. This is happening mostly in rural areas where cash still continues to be the king,” he added.

Meanwhile, the World Gold Council on Thursday released its regular update on gold reserves in the official sector. Krishan Gopaul, it’s market intelligence manager, said the central banks’ gold demand had eased significantly, with net gold purchases down 44% compared with the strong demand seen in January and February 2019. “Looking ahead, what we do know is that recent market instability and uncertainty stemming from the Covid-19 pandemic will be at the forefront of central bankers’ minds,” he said.

Designs for a Comeback