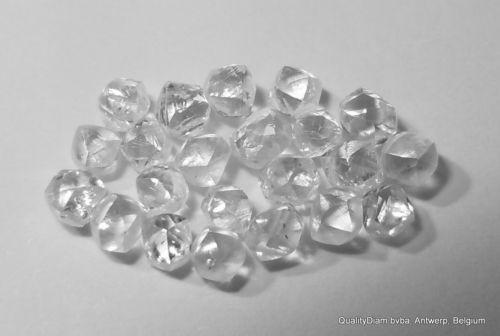 Rough diamond prices have not risen in the past one month and experts said it could be in part because miners like ALROSA, De Beers and Rio Tinto are monitoring the cash flow situation in India’s diamond trade after the fraud at Punjab National Bank.

Cash flow to the domestic gems and jewellery sector has come under stress after a Rs 13,700-crore fraud at PNBNSE -2.85 %, allegedly masterminded by diamantaire Nirav Modi.

“Prices of rough diamonds have not gone up as miners are also watching how the scenario emerges in India,” said Vipul Shah, a leading exporter. “They are not at all aggressive on the price front. Prices continue to remain steady. Demand for diamonds in the US remains average. We do not see an immediate spurt in demand as April and May are generally slow moving months for the trade.”

Reports say diamond manufacturers in India are delaying purchase of rough diamonds till they get a clearer picture on bank finance in the current fiscal, which has just begun.

Ashok Gajera, managing director of Laxmi Diamond, ruled out any immediate increase in rough-diamond prices. “US demand is normal. Some demand is coming from China now. But that may not result in sudden spurt in rough prices,” he said.

Analysts say the first quarter of current fiscal will be critical for the diamond trade as far as getting bank finance is concerned. “The banks have just closed their financial year. Banks will take a stance on the gems and jewellery sector in the ongoing quarter,” Anirudha Lidbide, a Surat based diamond trade analyst said.

“The units will get an idea on the credit limit they will get in FY19. As of now, the units in Suart are functioning normally.”