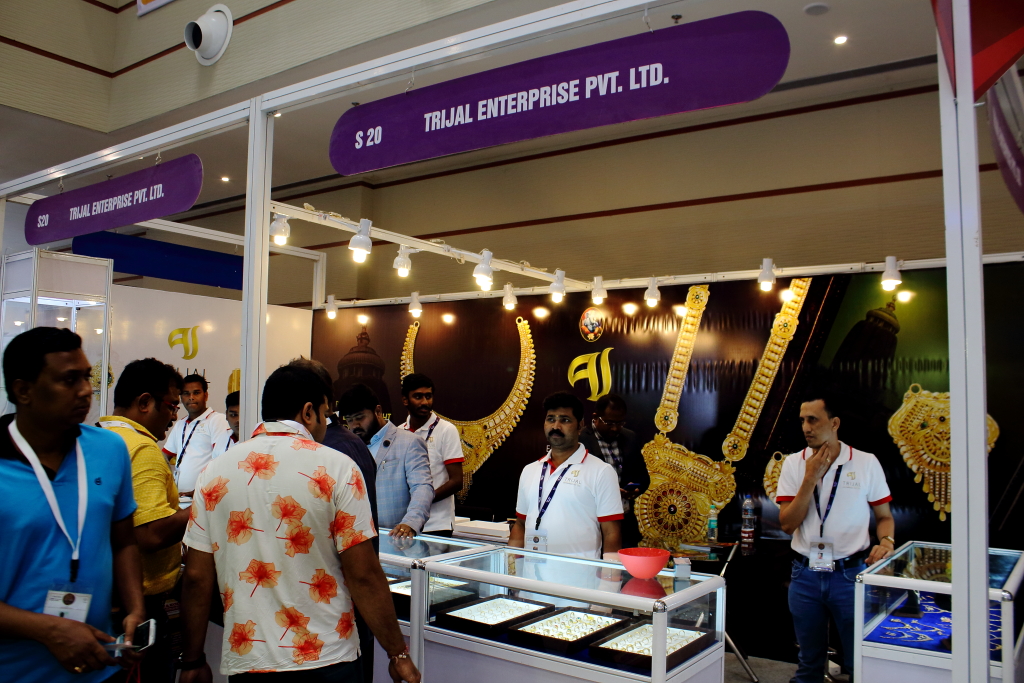 The fourth edition of the Kolkata Jewellery and Gem Fair (KJGF), the B2B international jewellery trade fair which concluded in the city on 09 April 2018, has received impressive response from the buyers and sellers. The three-day fair was held from April 7 to 9 at the AMMERF, New Town. It was organised by UBM India, along with the Calcutta Gems and Jewellery Association (CG&JWA) and the state government. The expo was inaugurated by Ahmad Hassan Imran, MP, Rajya Sabha, while the guest of honour was Vandana Yadav, Managing Director, WBIDC, along with Ashok Bengani, president, CG&JWA. Yogesh Mudras, Managing Director, UBM India, was also present at the opening function.

Around 100 exhibitors from across the country participated in the expo, along with visiting delegates from countries like Nepal, Bangladesh, UAE and Singapore among others. As the largest fine jewellery event of Eastern India, the three-day expo was aimed at projecting Kolkata as one of the highest contributors to the jewellery industry, along with a successful projection of the city on the global map.

The expo was suitably timed, just prior to the seasonal festivities such as ‘Poila Baisakh’, the Bengali New Year and the auspicious occasion of ‘Akshay Tritiya’, as well as the summer wedding season. The premium trade fair highlighted a rich agglomeration of Kolkata’s exquisite handcrafted jewellery. These splendid and intricately designed jewellery included statement sets in diamonds, gold, silver and pearls, along with gemstones and related products.

Apart from traditional bridal pieces like Chandbalis, Choor, Ratanchoor, Mantasha, Saptalahari, Hansulis, Nabaratna sets, Kundan, Polki and Meenakari sets, a significant amount of gemstones in Kolkata is also used for astrological purposes in the form of Graharatna jewellery. Speaking on account of the fourth edition of KJGF, 2018, Yogesh Mudras said: “Bengal’s handcrafted jewellery and its legacy is famous worldwide. Through our expo, we are making a consolidated effort to promote their cause, welfare and art.”

Ban on deposit schemes to hit jewellery industry, may cut gold sales by 25%