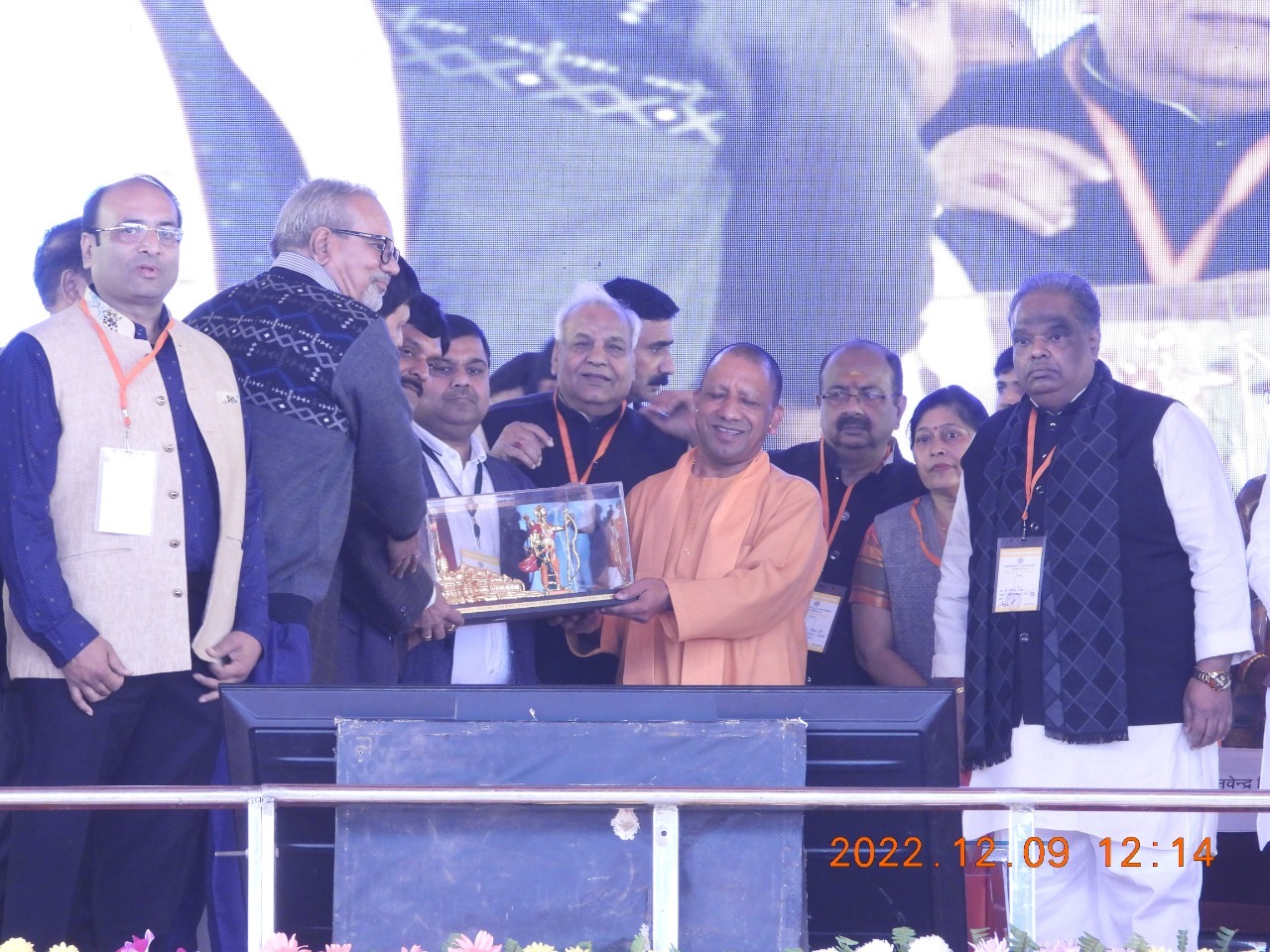 The Nikay elections in Kanpur witnessed the confluence of political heavyweights, spearheaded by Sona Chandi Jewellers. Brand owner Rajendra Agarwal heartily welcomed Honourable Chief Minister Yogi Adityanath, on behalf of all the entrepreneurs of Kanpur and felicitated him with a replica of Shri Ram Mandir, the symbol of our Sanatan Dharma. This gesture showed the level of belief and understanding that citizens share with their government.

A Prabudha Varg Sammelan was also arranged for two important reasons. The first was for the Nikay elections, and the second was for the investors’ meet that is supposed to take place in February. The CM spoke about the triple-engine government for the threefold development of the city in the program. He encouraged the teachers, doctors, and workers to represent their industries.

Shri Rajendra Agarwal ji, the owner of Sona Chandi Jewellers, said, “It was of great honour to felicitate the Honorable Chief Minister, and we, as a brand, are delighted that we got to be a part of this event.”