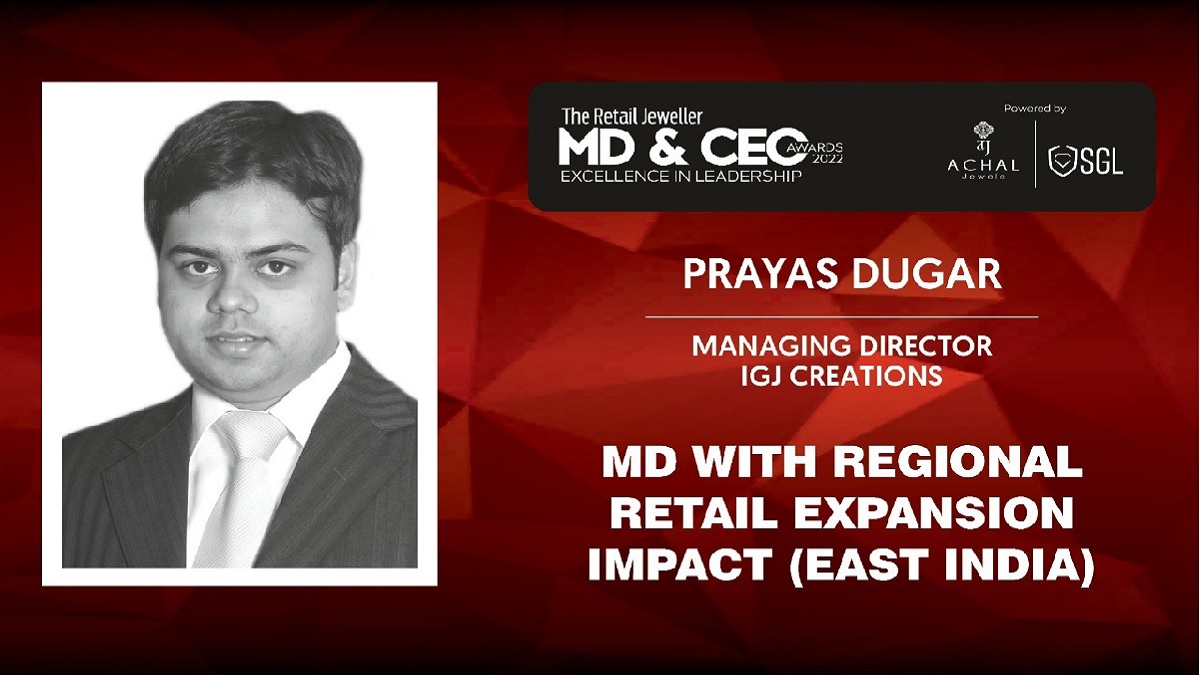 Prayas Dugar has led the transition of Indian Gem and Jewellery Creations from manufacturing to retail on an unprecedented scale. The drive for change was set in motion almost 50 years back, with a small store of IGJ Creations in Burra Bazar, Kolkata.

In the last decade under his leadership, the brand has increased its footprint in the East & North Eastern parts of India. It set up its flagship store in 9B Wood Street, a premium location for high street retail.

The approach was different for IGJ Creations and the retail business improved as Kolkata warmed up to the culture of multiplexes and malls. Prayas pioneered the idea of attracting business in malls with the first exclusive boutique for Forevermark diamonds in South City way back in 2018. IGJ is the first jewellery brand to partner with Forevermark from Eastern India.

Eastern India has always had way more footfall in malls as compared to the rest of the country, which has helped IGJ Creations set up showrooms in almost all prominent malls in Kolkata and in New Town, Durgapur and Baghnan in West Bengal.

Prayas anticipated the growth in experience-driven branded diamond jewellery even as the brand started offering minimalistic designs in high-quality and ethically sourced diamonds. The association marks an important milestone in the journey of the brand demonstrating its preparedness to embrace and steer change by foreseeing future trends.

Currently, the brand has 11 showrooms across the state. Concentrating in West Bengal has helped the brand serve customers from neighboring states, particularly the northeast in a strong manner. This in turn has prompted the brand to think seriously to expand in areas such as Ranchi in Jharkhand, Patna in Bihar and Guwahati in Assam. The brand will further its retail expansion plans by coming up with new stores in the region while exploring the franchisee route. With an unmatched experience of a legacy business spanning over nine decades, Prayas has understood the sentiments of customers in the eastern region and is well poised for growth as a market leader.