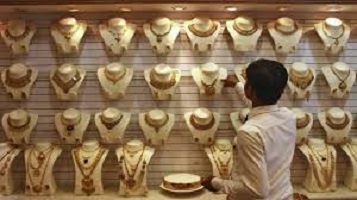 Only 30,000 jewellers of 300,000 jewellers in the country have opted for hallmark gold, which will likely make gold ornaments and jewellery scarce for families ahead of the summer wedding season.

The low number comes even after the Centre extended the deadline from June 1, 2020 to January 15, 2021, The Economic Times reported.

The weddings planned for this year have risen after a host of ceremonies were cancelled last year due to the coronavirus pandemic and lockdowns April, May and June are especially popular, with May alone having 15 “auspicious days” for weddings, it report said.

Jewellers, however, said that low sales last year resulted in leftover stock, which they would have to melt and give for assaying in case they opt for hallmarking right away, losing out on the making charges, the report said.

Ashish Pethe, chairman of the All India Gem & Jewellery Domestic Council, told the newspaper that high-value products such as gold jewellery don’t move fast and can take up to four-five years to sell. “We need time till the end of this year to sell off their stocks and then opt for hallmarking,” he said.

Pethe also said since hallmarking and assaying centres were “not evenly spread across the country”, travel was another factor that jewellers would have to consider.

Pointing out that the Centre mandates hallmarking for 14, 18 and 22 carat jewellery, but not 23 and 24 carat jewellery, which particularly in Maharashtra is given to brides as ‘streedhan’ (assets the wife has rights to under the Hindu law), Pethe said the Council had requested for mandatory hallmarking of these products to prevent customers being cheated.

Jewellers have to pay Rs 35 per product to be hallmarked. According to Harshad Ajmera, former president of the Indian Association of Hallmarking Centres, 400 tonne of gold of 1,000 tonne in the market is hallmarked.