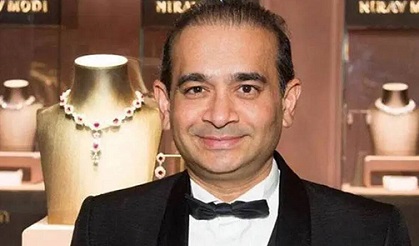 Fugitive diamond jeweller Nirav Modi’s younger sister and brother-in-law will be witnesses against him in two cases filed by the Enforcement Directorate (ED) after a special court on Monday allowed their application for grant of pardon.

Last month, Purvi Mehta and her husband, Maiank Mehta, had filed applications before the court stating that they wanted to distance themselves from Nirav Modi, and could provide “substantial and important evidence” relevant to him and his dealings.

Purvi, a Belgian national, and Maiank, a British national, submitted that their personal and professional lives had come to a “standstill” because of Nirav Modi’s “alleged criminal activities”. They sought to be examined as witnesses in the two cases of money laundering filed by the ED, saying they could make disclosures which would prove critical to establish the facts against Nirav and other accused.

Nirav and others are facing cases filed by the CBI and ED for allegedly committing a fraud of over Rs 6,498.20 crore on the Punjab National Bank by issuance of fraudulent Letters of Undertaking. Purvi and Maiank have not been named as accused by the CBI, but have been named as co-accused in two ED cases.

The ED gave its no-objection to them turning prosecution witnesses in their individual capacities but objected to allowing any companies or entities named as accused being granted similar pardon.

Special Judge V C Barde allowed their applications for pardon on condition that they make full and true disclosures. The court said the pardon was granted only to them in their individual capacities.

In their applications, Purvi and Maiank said they were unable to travel to India due to Covid-19 restrictions on international travel, but were willing to provide their statements over video-conference, including before the magistrate.

“The accused is at present staying abroad, who shall be directed to present herself before the Court, for which purpose the prosecution shall take necessary steps to facilitate the approach of accused to India to take part in the proceeding as soon as may be in the facts and circumstances prevailing currently,” the court said.

The ED had alleged that Purvi and Maiank were also involved in money-laundering. It was alleged that various entities, bank accounts and trusts in Purvi’s name were used to launder money in India and abroad. A red corner notice was issued by Interpol against her, while properties in New York and London were attached by the ED.

In their statements to the ED in October, Purvi and Maiank had said they would fully cooperate with the probe.

Modi was declared a fugitive economic offender in 2019 and is currently facing extradition proceedings in the UK.