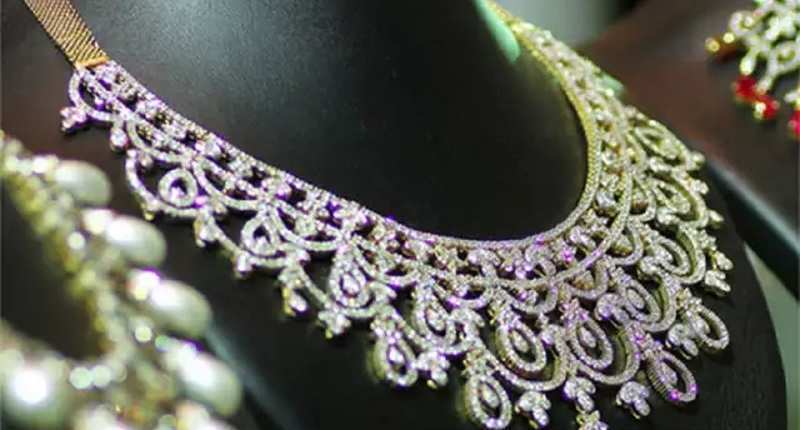 Namisha Jain, a 24-year-old resident of Mumbai’s Napean sea Road quarters, has just stepped out of Umedmal Tilokchand Zaveri, an 80-year-old jewellery store in south Mumbai’s Zaveri Bazaar. Her wedding is in January, and the excited bride-to-be has just purchased a diamond bracelet for what she calls the “most special occasion” of her life. She’s mostly going for diamond-studded jewellery for the wedding rather than plain gold for two reasons. She feels they are lighter and comfortable, while being stylish. And she wants to use them round the year, rather than just on special occasions.

Thanks to buyers like Jain, the demand for studded diamond jewellery is rising at a fast clip in India, upending the traditional wisdom that diamonds were not going to make a dent in India’s deep love affair with gold. Some 20% of the jewellery sales by volume is now diamond-studded jewellery, according to industry executives, who also say that its sales share is rising by a few percentage points every year.

India’s total jewellery demand in 2018 was 598 tonnes. Of this, studded diamond jewellery accounted for around 20%, or 120 tonnes, estimates Chirag Sheth, senior research consultant with Metals Focus, a research firm. “That’s up from 15% share two years ago,” he said, adding that subdued demand for diamonds in parts of north India in the wake of the Nirav Modi scam was being made up by demand from elsewhere, such as south India.

MP Ahammed, chairman of Kozhikode-based jewellery chain Malabar Gold & Diamonds, can attest to this. Share of studded jewellery across the company’s stores has risen to 20.08% of total sales in FY19, up from 17.81% in the previous fiscal. At Malabar as well as other chains, the space reserved for retailing diamonds and studded jewellery has been rising steadily.

Many younger customers prefer jewellery that’s not too heavy. Plain gold ornaments, made with 22 carat gold, is heavier than diamond-studded gold jewellery, typically made with 14 or 18 carat gold.

At Tanishq, India’s largest jewellery retailer, sales share of diamond-studded jewellery has been growing every year by a “few percentage points” across its 290 stores, according to Sandeep Kulhalli, senior vice president for retail & marketing. The trend is fuelled by the rising preference for lighter, studded jewellery among young customers.

At Zaveri Bazaar, where some 3,000 jewelleries do business cheek by jowl in a decidedly unglamorous market, with crowded alleyways and decrepit buildings, the shift in demand is sparking perceptible changes. The storefront displays are still dominated by gold jewellery featuring intricate designs, made by some 300,000 goldsmiths operating out of small units in and around the market. But inside, shops have started making more space for the shimmering stones. At Ummed Jewellers in Dagina Bazar (an adjoining market that’s part of the extended jewellery trade), a 50-year-old outlet, the mezzanine floor was turned into a retail space for diamond jewellery a few years ago. Zaveri Bazaar, where the jewellery trade dates back to the early 19th century, makes space only once a trend has been ascertained to not be a passing fad.

Many urban millennials who don’t share their parents’ fascination with gold, love diamond jewellery, admired by their peers and evangelised by their pop culture idols. Samridhi Madaan, a 29-year-old New Delhi-based risk consultant, bought a diamond necklace and ring for about Rs 3 lakh this year. “I don’t like gold that much and have this mental block that gold is for the old and that you don’t get great designs in pure gold.You get more designs in diamond in almost every price range. Diamond looks expensive especially when clubbed with white gold, which gives the premium feel of platinum.”Customers like Madaan, who are buying for themselves and not for a wedding, and walk in around the year, are also fuelling the growth in studded jewellery. “From 35% in 2016, the self-purchase category counted for 58% share of studded purchase in 2018,” said Sachin Jain, president, Forevermark India. The diamond jewellery brand owned by De Beers is sold across some 100 licensed jewelers in India, including Malabar, GRT, Joyalukkas, Senco and Hazoorilal.
While diamonds don’t quite have the same advantage as gold as a store of financial value, increased price transparency and buyback guarantees being offered by most jewellers have helped convince the customer that there won’t be a big erosion in value upon purchase. Malabar, for instance, offers 80% of the purchased value for cash returns and 90% if a customer wants to exchange it for a new ornament. Tanishq offers the market value less the making charges.
A shift towards more casual and everyday use in diamond jewellery is also perceptible. Joy Alukkas, chairman of the jewellery chain Joyalukkas, says the preference was shifting from heavier jewellery studded with multiple melees or stars to lighter ornaments with a single or a couple of 10- or 20-pointers — stones weighing one-tenth and one-fifth of a carat, respectively. These are used for daily wear rather than on occasions like a wedding or a family function.

Responding to demand, jewellers are both opening stores in tier-II and tier-III towns, and also reserving more space for retail diamond jewellery. Forevermark’s Jain claims that over the past two years, the space allocated to diamonds by retailers as a category had increased 2.5 times.

While typical store sizes in the cities is about 3,000 square feet, in smaller towns they tend to be 1,500-2,000 square feet, says Ahammed of Malabar Group. The statistic that makes diamantaires the most hopeful is India’s low share of diamonds sold globally. While the US accounts for 50% and China 17%, India accounts for just 7%. For them, that means there is only one way to go.

Irasva reveals Regalia- -A Regal reminder of your royal entitlement