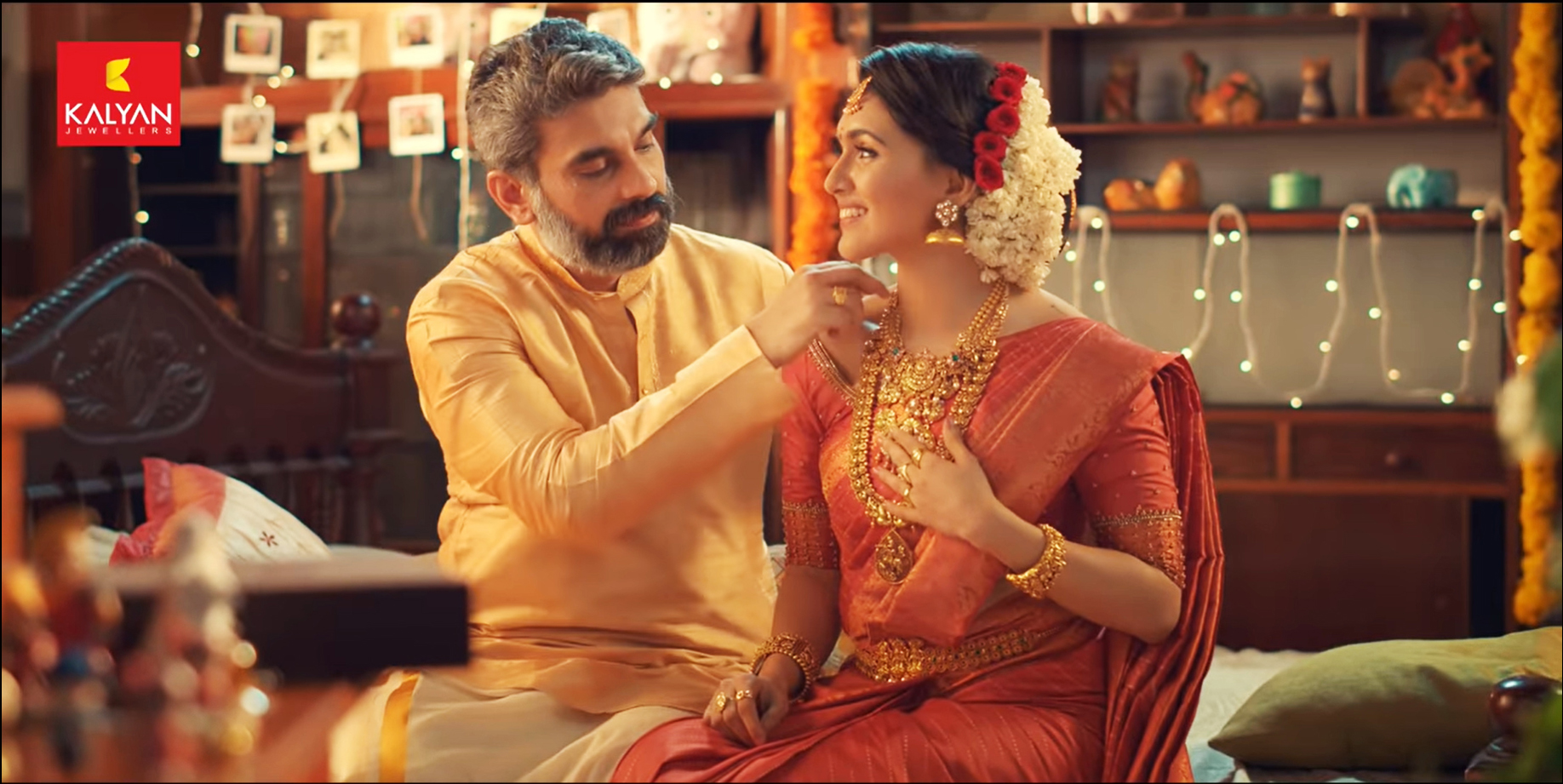 A once-in-a-century pandemic has hit us where it hurts the most. Our daily lives and also once-in-a-lifetime occasions like weddings have been skittled around like ninepins. What previously encompassed a whole year of planning, shopping trips and stops at stores to curate the perfect jewellery, has suddenly been reduced to an online experience.

With reduced public gatherings, old-school DIY weddings are coming back — the ones from lore that were planned and celebrated with only close family and friends, at home. Kalyan Jewellers picked up on this trend and came up with a clever online campaign — Muhurat@Home — part of their Muhurat collection, launched in 2018 and available across all their showrooms in India and the Middle East.

The company decided to introduce the concept of the ‘Muhurat Floor’ dedicating one entire floor for wedding shoppers at all large-format Kalyan Jewellers’ showrooms across the country. Smaller stores have one dedicated counter. In January, two “Muhurat Exclusive” showrooms came up in Bengaluru and Chandigarh. “Our aim is to target the young, urban wedding shoppers with a one-of-its-kind experience by showcasing design-first jewellery,” said Ramesh Kalyanaraman, executive director of Kalyan Jewellers.

With homogeneity making its way into the wedding industry now, jewellery styles are no longer region-specific. Now, a Punjabi bride sports pieces that have touches of the South Indian Lakshmi haar and Kasu mala, and a Bengali bride curates her all-gold Sita haars and chokers with the north Indian kundan setting. This has evolved the jewellery industry, and the Muhurat@Home pieces reflect an amalgamation of different regions, curated into beautiful craftsmanship, as and how brides desire.

“For the ad campaign, we opted for a ‘shot-at-home’ shoot to ensure social distancing. A Pan-India campaign with multiple iterations, it was shot in three cities. At each location, the advertising agencies recreated a home-like intimate wedding set-up,” he added.

Small functions also mean an increase in the jewellery budget. The collection encompasses a vast variety of options, from temple jewellery of South India to filigree jewellery designs distinct to Bengal and Orissa as well as exquisite north Indian polki work. It also has an attractive contemporary collection with diamond, antique and gold jewellery options which fits the bridal trousseau. The homely bride is a picture of muted simplicity now, so the designs reflect the grandiose tonality that is needed to balance the perfect at-home wedding look.

“We kickstarted the campaign in June by engaging with our social media community, asking them to share beautiful moments from their DIY weddings. We handpicked a few pictures and featured some couples every day on our platforms. This created the buzz around the ad campaign,” said Kalyanaraman.

During the pre-launch phase, the company received massive response from followers across the country and the engagements increased significantly. “With the launch of the campaign, we have been flooded with queries coming in from customers on platforms such as Instagram and Facebook, asking for more information on the products featured in the ad. We are delighted with the positivity,” he added.

The Muhurat@Home campaign is a result of the online-only strategy, which Kalyan Jewellers used for other campaigns such as the recently launched #MaaTuneSonaKaDilPaya for Mother’s Day. “Today, a just online presence is not enough to influence the consumer. Having a consistent digital campaign strategy that connects with the larger sentiments of the audience is of prime importance,” said Kalyanaraman.

Pandemic or not, the most memorable day in your life should not have to suffer from any need. As Kalyan Jewellers has efficiently shown through its campaign — a small wedding at home can be a beautiful one if you have the right accompaniments.

Courtesy: As published in The Retail Jeweller India magazine

A hopeful ‘reflection’: Her Story’s new campaign speaks of light at the end of the tunnel