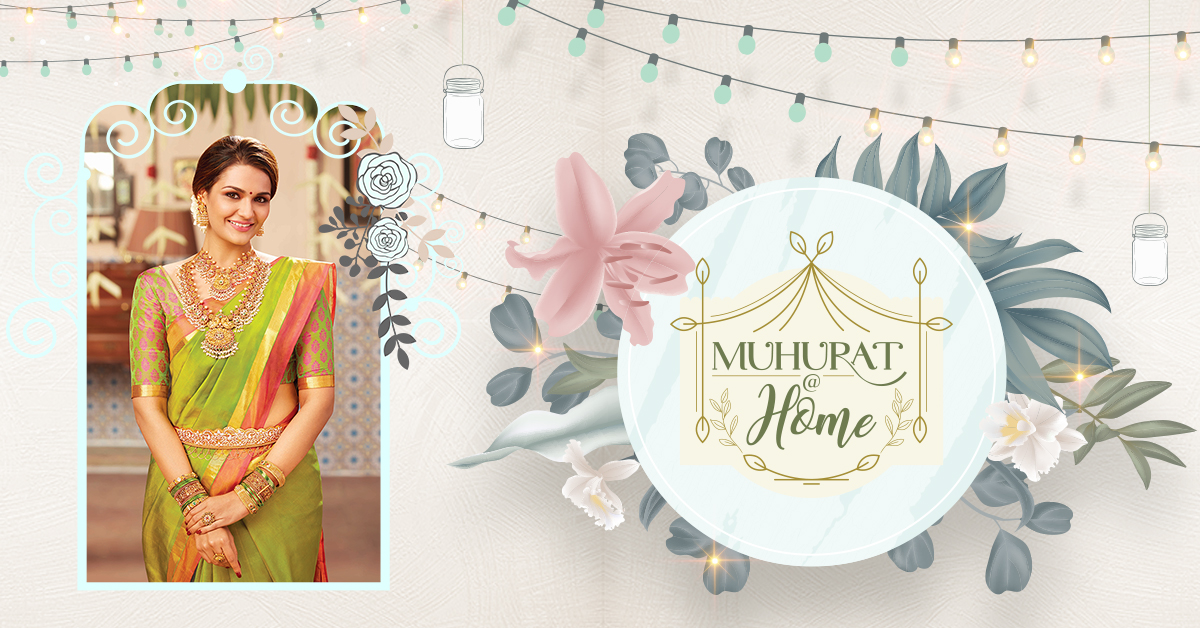 The usual fervor of Big Fat Indian Summer weddings, have given way to downsized mini-monies (miniature ceremonies) this season. With restrictions on the number of wedding attendees continuing to be in place, intimate weddings are expected to be the new normal. Keeping this changing trend in mind, Kalyan Jewellers today announced the launch of a new campaign #MuhuratAtHome, focusing on lockdown weddings.

#MuhuratAtHome is about going back-to-basics – to a time and an age, when weddings were home affairs. When the invitee list was compact and the wedding itself a simpler, more scaled-back, easier-to-plan affair that involved the participation of every family member.

Kalyan Jewellers has adopted a hyperlocal approach and multiple ad films that encapsulate this concept, will be released regionally across India. Shot in Malayalam, Hindi and Tamil, the campaign will feature a series of short ads highlighting the rituals practiced in a simple, homely wedding setup.

Speaking about this campaign Mr. Ramesh Kalyanaraman, Executive Director, Kalyan Jewellers said, “Weddings have always brought people together. This year, with the lockdown restrictions in place during peak wedding season, we presumed that everyone would postpone their weddings plans, but was surprised to see that this wasn’t the case. Families traded bigger ceremonies for intimate functions, ruled by minimalism, simplicity and personalization. It is almost like a revival of the weddings from 50-odd years ago. Our #MuhuratAtHome campaign aims to capture this trend of intimate weddings. Be it a large wedding or a smaller affair, Kalyan Jewellers is here to help make cherished memories as couples enter into their once-in-a -lifetime bond forever.”

“As a brand, Kalyan has always moved with the times, and this campaign is one that aims to celebrate this trend of close knit occasions. That said, we also believe that this is a temporary phase, and the grandeur of Indian weddings will make a comeback, when normalcy returns,” Mr Kalyanaraman added.

#MuhuratAHome campaign ads have been shot with a limited cast and crew abiding with the strictest lockdown restrictions of each state. With the launch of this unique campaign, Kalyan Jewellers is building on its early adopter position in conceptualizing and producing shot-from-home campaign films.

#MuharatAtHome TVC is expected to launch in June 2020 and will run through the season. The campaign is live on the social media handles of the brand.