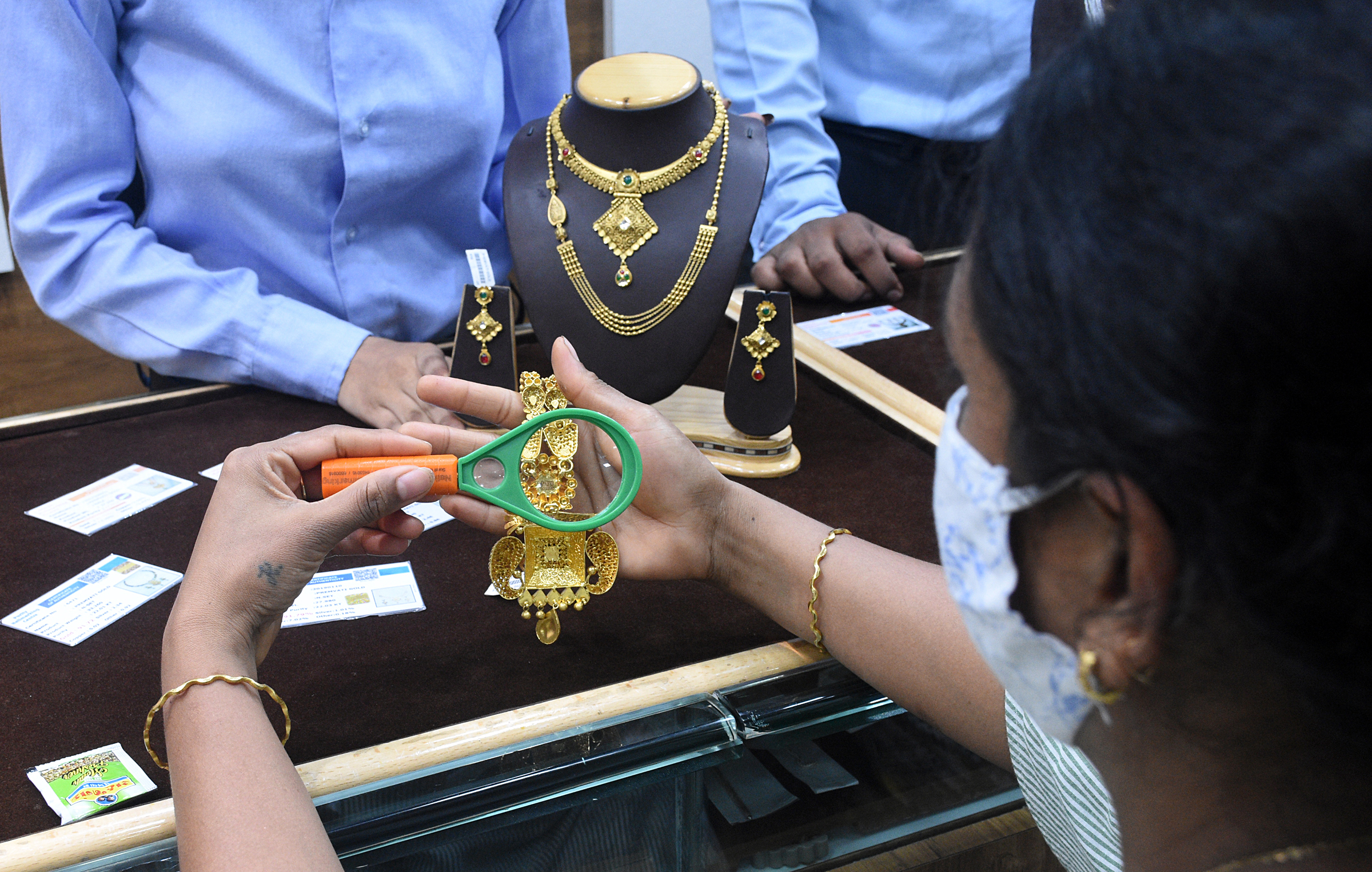 A majority of jewellers across India have not yet obtained the hallmark licence of the Bureau of Indian Standards (BIS) testifying their adherence to mandatory purity standard envisaged by the central government.

Even within Kerala only 5,300 jewellery owners out of the 7,000-plus jewellers with Goods and Services Tax (GST) registration have so far secured the licence, reveals the latest BIS data. This figure was 3,700 by end-June.

Meanwhile, 1,14,791 jewellers have obtained the license across the country. This is just 20 percent of the total jewellers nationwide.

Gold hallmarking has become mandatory from June 16, 2021, the Ministry of Consumer Affairs, Food & Public Distribution had announced via a press release dated June 15, 2021. However, the central government had exempted the jewellers from penal action till November 30 but many jewellers seems to have ignored this relaxation in deadline.

Only gold ornaments of 14, 18 or 22 carat would be permitted to be sold in the country as per the Regulations. The quality of gold can be identified by seeing the various marks inscribed on the gold ornaments. They are:

2. Purity in karat and fitness

3. The identification mark/number of the hallmarking centres

Jewellers should paste stickers clearly stating that HUID ornaments are sold in their jewellery. HUID denotes Hallmarking Unique Identity. The stickers should be pasted in a manner so that these are clearly visible to the consumers visiting the shops.

A few exemptions too

Jewellers with transactions below Rs 40 lakh have been exempted from the Regulations. The law also states that gold ornaments which were hallmarked before June 30 can also be sold.

Since jewellers are permitted to take buy gold ornaments from consumers which do not have hallmarking, the new Regulations will not cause any trouble to them.

Though hallmarking has been made mandatory, facilities have not been put in place in the country in consonance with the requirements. For instance there are states without a single hallmarking centre.

As of now there are only 982 hallmarking centres in the country. And the number of jewellers is more than 5.5 lakh.

S Abdul Nasser, the Kannur district president of the All-Kerala Gold and Silver Merchants Association, has urged the Centre not to enforce penal action against traders till the required infrastructure facilities are put in place. Nasser also doubles up as a national director of the Gem and Jewellery Domestic Council.

The traders have also demanded that they should be allowed to put stickers just saying “hallmark gold available.”

Traders claim that the sticker regarding HUID ornaments which has to be pasted on jewellery stores will create confusion in the minds of consumers. There will be three HUID identification marks on the ornaments, but as per the old hallmarking system there were four.

As per the provisions of the new law, the traders should make available magnifying lens to consumers to help them clearly see the hallmarking.