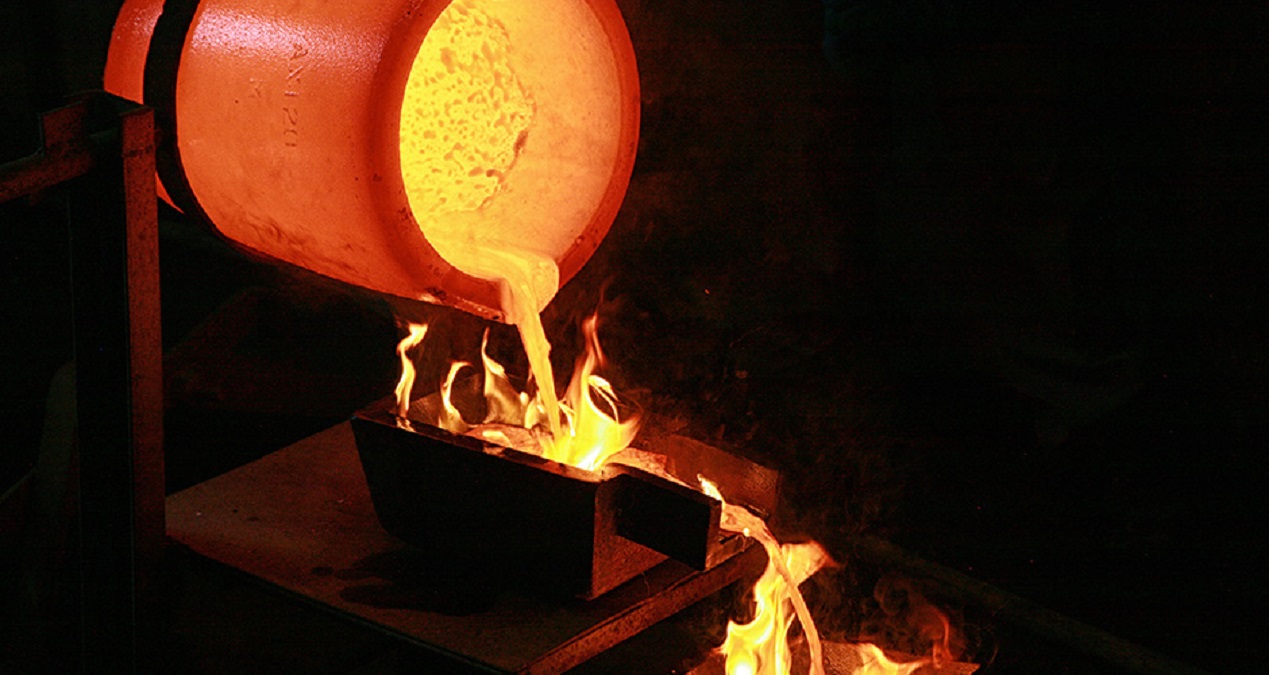 The World Gold Council today launched a report titled ‘Gold refining and recycling’, as part of a series of in-depth analysis on the Indian gold market. The report highlights that amidst India’s growing demand for gold, recycling will continue to be key and the refining industry, which is currently stabilising after a period of change, will witness steady development.

India’s gold refining industry has seen significant growth in recent years, with the country ranking fourth in global gold recycling. It is estimated that from 2013 to 2021, India’s gold refining capacity increased by 1,500t (500%). Furthermore, over the past five years 11% of the country’s gold supply came from ‘old gold’; driven by movements in the gold price, future gold price expectations and wider economic outlook.

Somasundaram PR, Regional CEO, India, World Gold Council, commented, “India has potential to emerge as a competitive refining hub if the next phase of bullion market reforms promotes responsible sourcing, exports of bars and consistent supply of doré or scrap. Domestic recycling market, driven by local rupee prices and economic cycle, is relatively less organised but should gain support from initiatives such as revamped GMS (Gold Monetisation Scheme) as various policy measures sync to make it attractive to bring surplus gold mainstream and liquidity is enhanced via bullion exchanges. Our report also highlights that holding periods of jewellery will continue to decline as younger consumers look to change designs more frequently; a trend that could contribute to higher levels of recycling. On the other hand, higher incomes following stronger economic growth will reduce outright selling and consumers will find it easier to pledge their gold rather than sell it outright. It is, therefore, necessary to support organised recycling with better incentives and tech-based solutions encompassing gold supply chain end-to-end.”

India’s gold refining landscape has changed notably over the last decade, with the number of formal operations increasing from less than five in 2013 to 33 in 2021. As a result, the country’s organised gold refining capacity has surged to an estimated 1,800t compared to just 300t in 2013. While the informal sector accounts for as much as an additional 300-500t, it is worth noting that the scale of unorganised refining has fallen. This can be attributed to the government’s tightening of pollution regulations (which led to the closure of many local melting shops), and as more retail chain stores recycle old gold using organised refineries.

Furthermore, tax advantages have underpinned the growth of India’s gold refining industry: The import duty differential on doré over refined bullion has spurred the growth of organised refining in India. As a result, gold doré’s share of overall imports has risen from just 7% in 2013 to around 22% in 2021.

Recycling is an important source of supply for jewellers

Recycling is an important component of gold supply, accounting for 11% of the total Indian gold supply in the last five years. There are three sources of gold recycling: jewellery, manufacturing scrap, and end-of-life industrial scrap. Old jewellery[1] scrap represents the largest source of recycling in India, with an approximate 85% share of the total. The other key component is old bars and coins that people either sell or exchange for jewellery; which are estimated to make up about 10% to 12% of scrap gold supply. Lastly, industrial scrap, generated from end-of-life electronic products, accounts for less than 5% of total Indian scrap supply.

Key drivers of recycling in India

Despite being the fourth largest recycler in the world, India recycles little of its own stock of gold – about 8% of the global scrap supply. Recycling is driven by current gold price movements, future price expectations and the economic backdrop. As per World Gold Council’s econometric analysis, in the short run, a 1% increase in price pushes recycling up by 0.6%. Conversely, positive GDP growth in the same year and the previous year pushes recycling down by 0.3% and 0.6% respectively. In addition, a 1% increase in jewellery demand pushes recycling down by 0.1%.

Challenges to gold recycling in India

Despite the gradual move towards a more structured and process-driven industry, the majority of India’s gold recycling trade remains unorganised, largely due to three factors;

Some more key highlights in the report:

[1] Metals Focus’ recycling data captures “old scrap” in the context of jewellery, this is jewellery that is either sold back for cash or a retailer’s unsold stock that is melted down. It does not include jewellery that a consumer exchanges with the retailer for a new piece, where the consumer only pays the labour charge. Metals Focus’ definition also excludes process or manufacturing scrap that is collected from fabricating jewellery and coins.