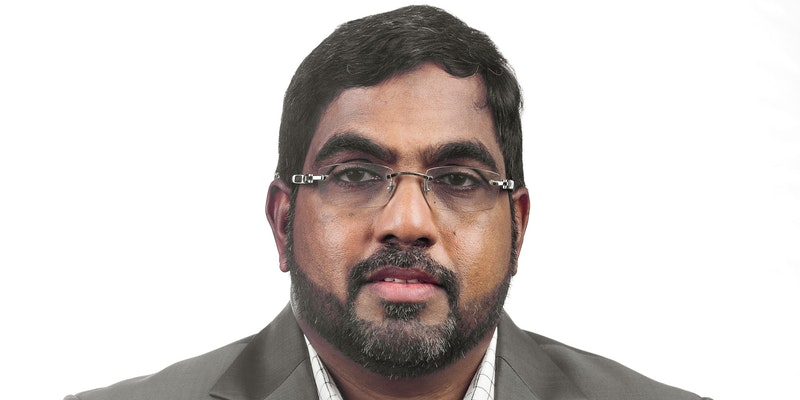 Born into a family of merchants and landlords, Ahammed began his entrepreneurial odyssey at the age of 20 by setting up a spice trade venture in 1979. He used to trade cardamom, pepper, and coconut to the retailers of Kozhikode (now Calicut) in Kerala. However,  he soon realised that the trading business will not become big.

In an interaction with SMBStory, KP Narayanan, Media and Marketing Head of Malabar Gold & Diamonds, says,

“At a very young age and just Class 12 passed, MP Ahammed imbibed rare and precious business lessons that no top management institute could have imparted in a classroom. However, he wasn’t settling for the same and wanted to do something bigger.”

Sharing one of the episodes from Ahammed’s life, Narayanan says that in the early years of his business journey, a retailer in Mumbai owed a hefty payment to Ahammed. However, due to a financial crunch, he was unable to clear the dues and was planning to shut his business. The retailer promised Ahammed that he would repay the dues by selling his brand.

The episode was very overwhelming for Ahammed but it was also a cognitive one. He discovered the value of forming a brand and soon he realised that he needed to form one of his own. But not in the spice business. He took a leap in an altogether different journey.

The untold story of Malabar Gold

Ahammed thoroughly researched the market and realised that a major unorganised sector people boasted about was jewellery. And, that’s all it took. Gearing up all his courage, he decided to set up a business in the industry and promote his native place Malabar. However, he had no funds to take such a big step.

“I discussed the idea with my relatives and seven of them got aligned with the plan. However, the cash crunch problem laid with them too. To start the business, they disposed of the property and gathered Rs 50 lakh to invest in the business. Thus, becoming the first investors and founding pillars of Malabar Golds & Diamonds,” Ahammed tells SMBStory.

Thus, in 1993, the company started in a small 400 sq ft shop in Calicut. Ahammed started by purchasing gold bars and then getting the jewellery manufactured from goldsmiths.

The start was a good one and customers were fascinated by the designs and collections. In a short time, Malabar Golds & Diamonds expanded to two more stores in other smaller towns of Kerala – Tirur, and Tellicherry.

Seeing that the business was running at a good pace, in 1995, Ahammed shut the old store and opened one that was  4,000 sq ft.

In 1999, Ahammed found that the quality of the gold jewellery needs to be promoted. He became the frontrunner in bringing BIS-hallmarked jewellery in Kerala. The 916-carat metre in the gold created a niche and since then, there has been no looking back for the brand.

The key milestones in the journey

In 2001, Malabar Golds & Diamonds stepped outside India and opened its first store in the Gulf region. By then, the company had 10 directors.

By 2013, it had a retail network of 103 outlets across seven countries, 10 wholesale units in addition to offices, design centres, and factories in India and the UAE. Malabar also became the world’s third-largest jewellery retailer in terms of annual turnover with more than 80 showrooms worldwide, and a strong presence in both India and the Middle East.

In 2016, the company opened its 150th store – in Belgaum. The group had completed 22 years in the jewellery retail industry along with the contemporary designs.

In 2017, to strengthen its global position as a leading jewellery retailer, Malabar Gold & Diamonds set up a store in Dubai, which marked its 200th store.

One of the five big jewellery retailers globally, Malabar Gold & Diamonds opened 11 new showrooms across six countries in a single day on January 12 2018.

Bollywood actor Anil Kapoor inaugurated the outlet in Lulu Hazana, Sharjah. In 2019, the company made a grand entry into the USA by opening its 250th outlet in Chicago.

What started in 1993 with seven investors now has 4,600. In the last financial year, Malabar Golds & Diamonds clocked Rs 27,000 crore turnover.

Its pieces are manufactured in factory units located across India in Calicut, Trichur, Coimbatore, Bengaluru, Hyderabad, Mumbai, and Kolkata. Malabar also has a facility in Dubai.

Narayanan says that 60 percent of the products are bought from suppliers. The company also imports jewellery to match customer demand.

Major challenges and why no IPO

Growing a business is always accompanied by challenges related to operations, regulations, markets, and consumer sentiment, Narayanan says. At the moment, consumer sentiment seems to be muted due to the prevailing economic scenario and gold price volatility. However, the company is confident that things will improve as time progresses, he adds.

On the regulatory side, Malabar feels that the higher import duty is posing a challenge for the organised jewellery retail as it is, in a way, fuelling illegal transactions of gold.

Banks and financial institutions tightening the credit exposure to the gems and jewellery sector is another key challenge as it reduces options to raise capital for organised jewellery retail chains like that of Malabar.

Talking about going the IPO route, Narayanan says Malabar Golds & Diamonds was planning for it two years ago. However, due to the economic slowdown and demonetisation, it didn’t happen. He says that the company may again plan for an IPO in the next two to three years when market conditions are viable.

At present, Malabar Golds & Diamonds is following an aggressive retail expansion plan, with a target of opening 750 stores globally in the next five years. This expansion strategy will target markets like Singapore, Sri Lanka, Indonesia, Malaysia, and Bangkok.

The company has also committed Rs 7000 crore for this expansion and to raise that kind of capital, Narayanan says Malabar is expanding the investor base. The company now plans to target investors from states in the northern and central part of the country.

Today, the group has carved a niche of its own in jewellery retail, wholesale and manufacturing, real estate and infrastructure development, home furniture, electronics and home appliances, and IT services, and business solutions.