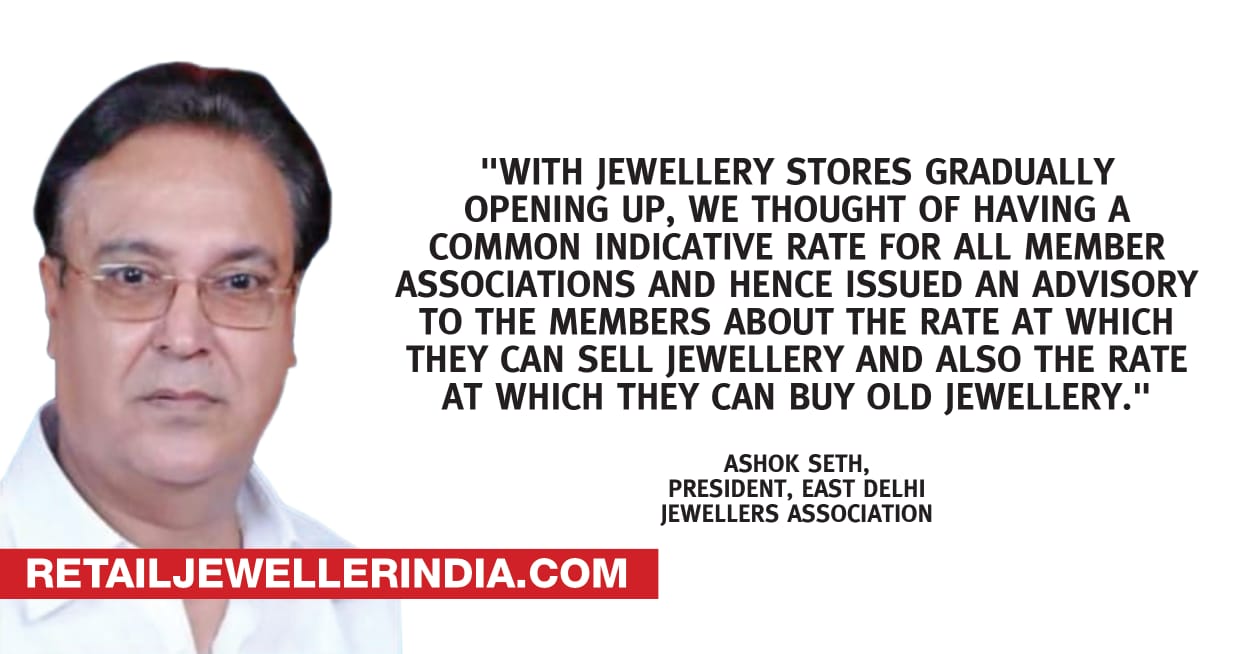 Jewellery stores in north India have decided to keep the buying rate for 22-carat non-hallmarked jewellery a shade above Rs 36,000 per 10 gram, subject to further deductions in case of extra impurities. This even as the price of standard gold in the city jumped 1.7 per cent to close at Rs 47,669 per 10 gram.

The price of silver, too, surged 6.9 per cent to close at Rs 48,120 per kg. Gold and silver became costlier in the country following the international price rise over the expectations of negative interest rates in the US, the rising trade tensions between the US and China and the weakening of the rupee, which plummeted 33 paise to close at 75.91 against the dollar on Monday.

Ashok Seth, president of East Delhi Jewellers Association and convener of the Delhi NCR Jewellers Committee having the support of 41 north Indian associations, said: “With jewellery stores gradually opening up, we thought of having a common indicative rate for all member associations and hence issued an advisory to the members about the rate at which they can sell jewellery and also the rate at which they can buy old jewellery.”

According to the advisory, the selling price of hallmarked jewellery before stores opened on Monday was fixed at Rs 45,590 per 10 gram (for 22-carat or 916 purity jewellery). During the day, the gold price only increased.