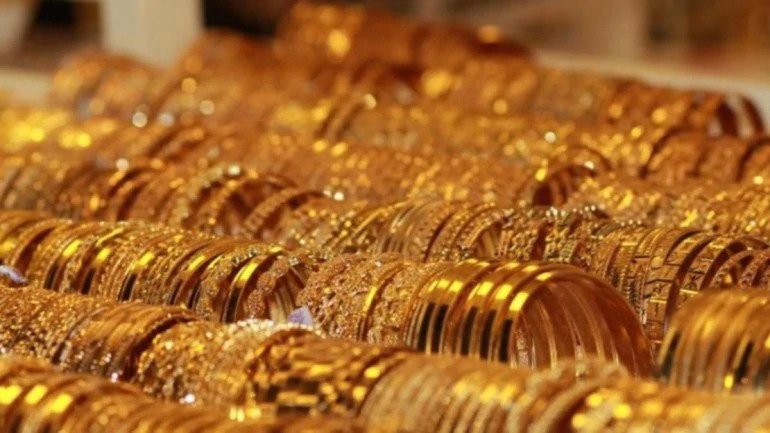 Always a pricey possession, gold is set to remain more pricey in the New Year too as continuing geopolitical tremors, economic woes and rupee volatility are expected to push the yellow metal even to Rs 45,000 for 10 gram.

hanks to various government policies and soaring stock market, gold witnessed periodic as well as steep price fluctuations in 2019, with bias towards the higher side in the second half of this year.

Data from the World Gold Council shows that 14 central banks, including the RBI, have reportedly added more than one tonne to their reserve.

“As we look to 2020, we believe investors will face increasing geopolitical concerns, while many pre-existing ones will be pushed back rather than being resolved.

“In addition, the low level of interest rates worldwide will keep stock prices high and valuations at extreme levels, on the verge of peaking out. Therefore, we believe there are reasons for higher levels of safe-haven assets like gold,” Commtrendz Research Director Gnanasekar Thiagarajan told PTI.

From US-China trade turmoil to conflicts in the Middle East, geopolitical issues are galore for the global markets which might also await cues from the US presidential polls towards end of 2020.

“Indian demand also lost significant momentum in Q3, and though Q4 saw a revival with its traditional wedding and festival season, overall demand for the full year is expected to be at the lower end of 700-750 tonne. ETF (Exchange Traded Fund) demand in the US and Europe, and central bank buying across nations, however, continue to be strong,” he noted.

According to him, the Reserve Bank of India (RBI) was one of the main buyers of gold in 2019, increasing its reserves by over 60 tonne.

China and Russia have been the biggest buyers of gold till now. Besides, countries like India, Turkey, Poland and Kazakhstan have also joined the bandwagon in purchasing the yellow metal.

In the first half of this year, gold was relatively more attractive for consumers as the price ruled at around Rs 31,500-32,000 for every 10 gram.

However, in July demand began to become weak as prices started to climb. Depreciation of Rupee along with the government increasing customs duty by 2.5 percentage points during Budget to 12.5 per cent from 10 per cent made it even more costly in the domestic market.

All India Gem & Jewellery Domestic Council (GJC) Chairman Anantha Padmanaban said that from consumer perspective, 2019 was a mixed year as the first half was very good in terms of demand.

However, since July as the gold prices moved up, the demand dwindled as jewellery became a very costly affair after the added burden of customs duty and Goods and Services Tax (GST), he noted.

He also pointed out that untimely rains that damaged crops further attributed to the negative sentiment as around 70 per cent of the demand in India is from rural areas.

India Bullion and Jewellers Association (IBJA) National President Prithviraj Kothari opined that gold price trend is rising and the market would soon reach newer high ideally in the next 2-3 years.

“Also, the global economic slowdown, liquidity crisis in India and depreciation of the rupee against the US dollar which has now reached Rs 71, and is likely to reach Rs 72 soon, will support the gold market. I am positive that in 2020, the gold prices will be in the range of Rs 38,000 on the downside and Rs 42,000 on the upside,” he added.

Motilal Oswal Financial ServicesNSE 2.85 % VP (Commodity Research) Navneet Damani said that in the short term, strong support for gold is placed in the range of Rs 37,100-36,900 levels on MCX.

India is growing for us despite political changes & economic slowdown: Lars Schmidt, Swarovksi

Is the hallmark on your gold jewellery genuine?