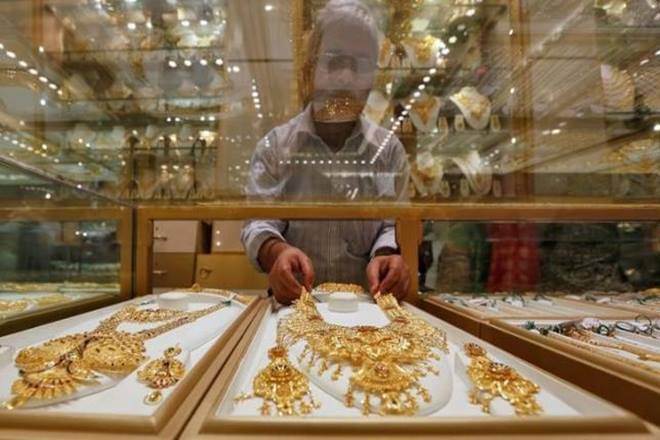 Gold fell to the lowest in more than five weeks on Monday as the dollar held firm and investors opted for riskier assets on hopes of a thaw in a trade dispute between the United States and China. Spot gold slid 0.6 per cent to $1,285.74 per ounce as of 1250 GMT, having earlier touched $1,284.50, its lowest since January 25.

US gold futures were down almost 1 per cent at $1,286.70 an ounce. Gold tumbled 2.6 per cent last week, its biggest weekly fall in over 1-1/2 years . “Increasing risk appetite is clearly a little negative for gold,” Julius Baer analyst Carsten Menke said.

“We saw quite a bit of selling on Friday as the dollar strengthened and that’s continuing today, putting some pressure on gold. The break below $1,300 (on Friday) also triggered some more selling from technical traders.” Global markets rose on expectations that the two largest economies in the world might stave off a drawn-out trade war.

A source briefed on negotiations said the two countries were likely to reach a deal, rolling back US tariffs on at least $200 million worth Chinese goods.

“Equities had their best start into the year since 1991, sentiment is positive again and against that backdrop, it is not surprising that we’ve seen some selling out of gold-backed products,” Menke said.  Also, the dollar consolidated gains after posting its biggest monthly rise in four months, reducing appeal for gold among holders of other currencies.

SPDR holdings are now down over 1.5 per cent this year.

Gold could “lose further ground” if data at the end of the week points to an improvement in the US labour market, analysts at Commerzbank said in a note. The metal may break a support at $1,289 per ounce and fall towards the next support at $1,271, according to Reuters analyst Wang Tao.

However, the threat of a possible strike in South Africa, a major producer of the autocatalyst metal, is keeping the prices high, analysts said.

“Palladium supply and demand (are) inelastic until catalyst producers start substitute” a BofA Merrill Lynch Global Research report stated, adding that the metal would still be in preference for at least another year.