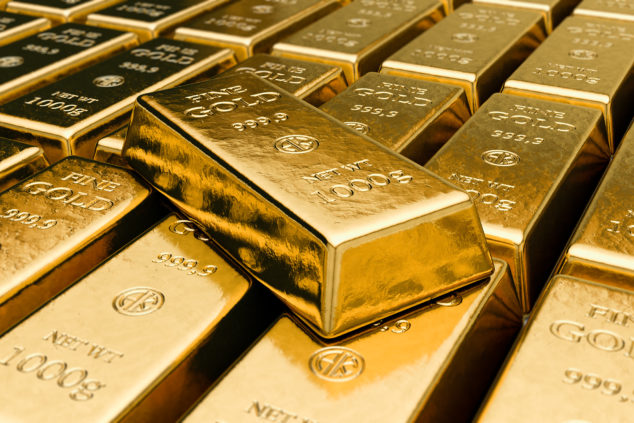 Gold prices dipped slightly on Monday as the dollar held steady on upbeat U.S. jobs and factory data that prompted markets to reduce bets on a rate cut later this year.Spot gold was down 0.3 percent to $1,314.47 per ounce as of 0123 GMT. Prices rose as high as $1,326.30 on Thursday, their highest since April 26.

U.S. gold futures dipped 0.2 percent at $1,320.1 an ounce. The dollar held firm versus the yen, hovering near a one-week high on Monday bolstered by a stronger-than-expected jobs report and a rebound in U.S. manufacturing. Asia stocks were barely moved on Monday, staying near a four-month high after Wall Street’s tepid pre-weekend performance.

China’s financial markets are closed all week for the Lunar New Year holiday.U.S. job growth surged in January, with employers hiring the most workers in 11 months, pointing to underlying strength in the economy despite an uncertain outlook that has left the Federal Reserve wary about more interest rate hikes this year.

The solid jobs report allayed concerns of the slowdown in the U.S. economy, leading traders to trim bets the Fed would need to cut interest rates to support the economy later this year.U.S. President Donald Trump said military intervention in Venezuela was “an option” as Western nations boost pressure on socialist leader Nicolas Maduro to step down, while the troubled OPEC nation’s ally Russia warned against “destructive meddling.”

The U.S.-China trade talks this week had a “good vibe” with much work remaining, White House economic adviser Larry Kudlow said on Friday as China followed through on a pledge to increase soybean purchases with orders of at least 1 million tonnes. SPDR Gold Trust, the world’s largest gold-backed exchange-traded fund, said its holdings fell 0.79 percent to 817.40 tonnes on Friday from 823.87 tonnes on Thursday.

Demand for physical gold gathered pace in top consumer China ahead of the Lunar New Year holiday, while activity was muted in India as jewelers held off on purchases in anticipation of the country’s budget presentation on Friday. Abu Dhabi investment firm Noor Capital said on Friday that it bought 3 tonnes of gold on Jan. 21 from Venezuela’s central bank, adding that it would refrain from further transactions until Venezuela’s situation stabilizes.

Related Topics:DOLLARGoldgold demand
Up Next