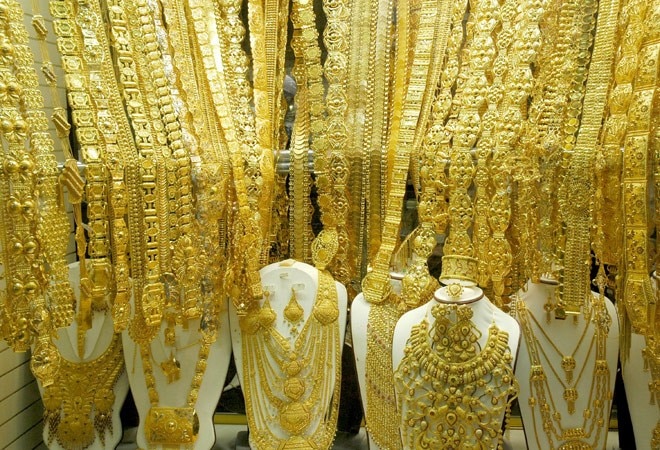 Goodwin Jewellers, a popular jewellery chain operating mainly in Mumbai for over two decades, shut shop a couple of days before Diwali and its owners allegedly fled with money from investors and with the gold kept in the branches. Following the news on Goodwin, social media messages circulating in Mumbai said Rasiklal Sankalchand Jewellers (RSJ) located in Ghatkopar has been shut and the owner has similarly duped its investors of several crores.

Sources said Goodwin offered interest up to 18 per cent on yearly advance equated monthly deposits for gold purchases. The investor has to pay 11 instalments and the firm will pay the 12th instalment to ‘exempt’ the making charges for jewellery which comes around 13-15 per cent. RSJ was also offering similar schemes.

A traditional way of marketing jewellery, especially in South India, such schemes vary from jeweller to jeweller. Working women from middle- and lower-income classes, who buy jewellery from time to time for their family weddings are the target customers for such schemes. At least one-fourth of jewellery sales in India are done this way, sources say.

They say fly by night operators like Goodwin and many small-time jewellers were misusing it as a ‘Ponzi scheme’ by offering big interest rates, similar to ‘chit fund Ponzi schemes’ which mobilised money from the public with commission agents. After a year, they present ‘gold certificates’ and lure investors to e-invest with further promises and better interests. The jeweller will account these as advances against sales to circumvent the rules that ban collecting deposits. The issue is the depositor may not have an idea about whether the jeweller has kept enough jewellery as deposit equivalent to the money deposited and the ‘gold certificates’ are like legal bonds or other financial instruments.

“It is a fact that many jewellers lend gold jewellery in bulk to long term customers for events like a daughter’s marriage against collateral and collect the amount in equated monthly instalments. Some of the jewellers having outlets abroad as in the Middle East, have tie-ups with banks to offer loans for purchases,” said a jewellery retail store manager.

Now schemes with most jewellers include easy instalment plans for 11 months, which offer  ‘loyalty programmes’ and redemption of reward points to retain customers. These online and offline schemes include gold and diamond purchase plans, booking of gold in advance for protection against price fluctuation, gift voucher sales, etc. The Unregulated Deposit Schemes Bill, 2018, passed by the Parliament early last year, bans all deposit schemes beyond a year, except with banks and other approved financial institutions. Earlier, gold loan companies and lenders were using the loopholes to take deposits promising more money.

“Since these schemes are popular and help people to save and buy jewellery, it should be regulated with rules and restricted as a product offering through banks and other legal financial institutions,” says an industry source.

Run by Chairperson AM Sunilkumar and his brother and managing director AM Sudheeshkumar,  Goodwin is headquartered in Thrissur, with 14 shops in Mumbai, two in Pune, five in Kerala and two overseas branches in Dubai and Kuwait. Though the group is also into sectors like real estate, civil construction and public security systems, the owners are found to have no assets in Mumbai or Maharashtra. Sources said over 300-400 cases have been filed by investors in Maharashtra and the police are yet to trace the owners. They have been booked under the Maharashtra Protection of Interests of Depositors in Financial Establishments Act.

In a couple of WhatsApp messages to the investors from unknown destinations, Sunilkumar and Sudheerkumar assured the investors of returning their money and attributed their crisis to business rivalry. “We are in this business for 23 years and customer support is our strength. Our employees are harassed every day, many cases were filed against us and many of our low-level employees have joined rivals. Therefore it is not easy to open the branches together, but we will come back and pay all,” they said in the message.

Meanwhile, RSJ’s owner Jayesh Shah reportedly said he was the victim of a ‘smear campaign’ by rivals. Both cases are being investigated.