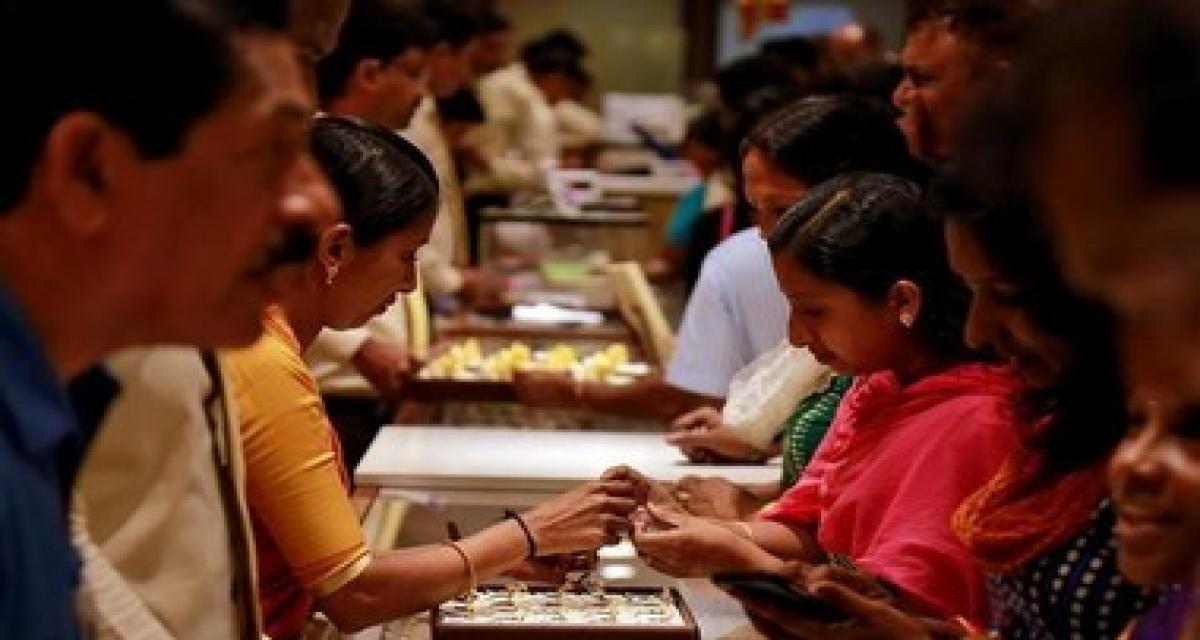 Geopolitical uncertainties, sustained Central bank buying and weak rupee against US dollar will keep gold under pressure and are likely to push the prices up to Rs 42,000 per 10 grams level by the end of this year, according to analysts.

“Geopolitical uncertainties emerging from the Middle East may continue to underpin gold prices going ahead to $ 1,650 an ounce in Comex markets and Rs 42,000 in MCX,” Commtrendz Research co-founder and CEO Gnansekar Thiagarajan told PTI here.

The yellow metal is likely to continue to remain bullish till the end of the year mostly due to sustained Central bank buying, geopolitical uncertainties and possible year-end squaring of positions in equities boosting appeal for safe-haven gold, he added.

Motilal Oswal Financial Services (MOFSL) VP-commodity Research, Navneet Damani said, this year has proved to be one of the best years for gold returns as prices have risen by 15
percent on the domestic front, getting some support from weakness in the rupee that has fallen by 1.4 percent against the dollar.

“We expect that positive momentum for gold could continue further, but the pace of rally could get measured as uncertainties related to trade war is taking back seat. This slowdown in major economies could push central banks to remain dovish for an extended period and that will support gold prices,” he added.

The ease-off in the trade war could lead to some correction in prices, however, the prices remain bullish and expect to move higher to test previous highs of Rs 39,500 by the end of the year, he pointed out.

Kotak securities head of commodities Ravindra Rao said going forward gold is expected to average in a broad range of $1,460-1,530 in dollar and rupee terms average between Rs 36,800-39,400 on MCX.

Investment demand which is the indicator of the safe-haven buying in the yellow metal has surged in the third quarter, he said.

Although the optimism about US-China trade talks and a Brexit deal has prompted traders to book some profits the gold remained bullish as the ongoing trade concerns have already impacted the global economy as seen from the International Monetary Fund projections, he opined.

“Gold also found support after US lawmakers launched a formal impeachment inquiry on President Donald Trump on 24 September. All these developments created fresh uncertainty in the financial markets, which raised gold prices during the second and third week of September,” he added.

The spot gold prices are likely to bounce back while remaining above the critical support level of $1,458, he said.

“Gold prices in India would remain firm as we expect the rupee to weaken further from current levels. The government’s plan to boost economic activity through various tax sops could end up in higher fiscal deficit, thereby causing depreciation of the rupee,” he added.

Govt has tried to get gold holdings disclosed before, but not succeeded