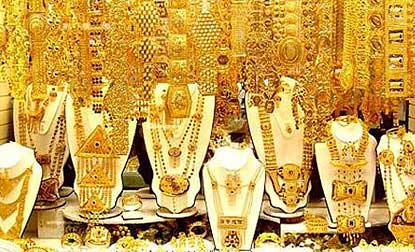 Export of gold jewellery from Special Economic Zones (SEZs) and Export Promotion Zones (EPZs) went up by 220.7 per cent to touch Rs 23,012.51 crore between April and July this year against Rs 7,175.54 crore during the same period last year. Meanwhile, jewellery exports from Domestic Tariff Area (DTA) was down by 7.36 per cent to Rs 5,863.67 crore against Rs 6,329.53 crore in the corresponding period last year, as per the data from Gems and Jewellery Export Promotion Council (GJEPC).

“Dubai is the key market for gold jewellery from India. After the Dubai government introduced 5 per cent VAT on imports in 2017 and 5 per cent import duty in 2018, the trade has only gone down. Some of the re-exporters are back to business, but their imports have definitely not grown against last year,” said an industry insider. None of the other markets have reported any increase in demand either, he added.

According to him, there has been no development in favour of SEZ/EPZs in recent times that would lead to such a huge jump in exports against a decline in DTA. In fact, after 18.5 per cent MAT was imposed on SEZs, there is less enthusiasm among exporters to operate from export zones. Several companies, including jewellery exporters, have left SEZ/EPZs in recent times.

Between April and July last year, SEZ/EPZ exports were just 13 per cent more than DTA. However, during the same period this year, export zone shipments are 292 per cent higher than that from DTA.

You can buy not just e-gold but also e-diamonds