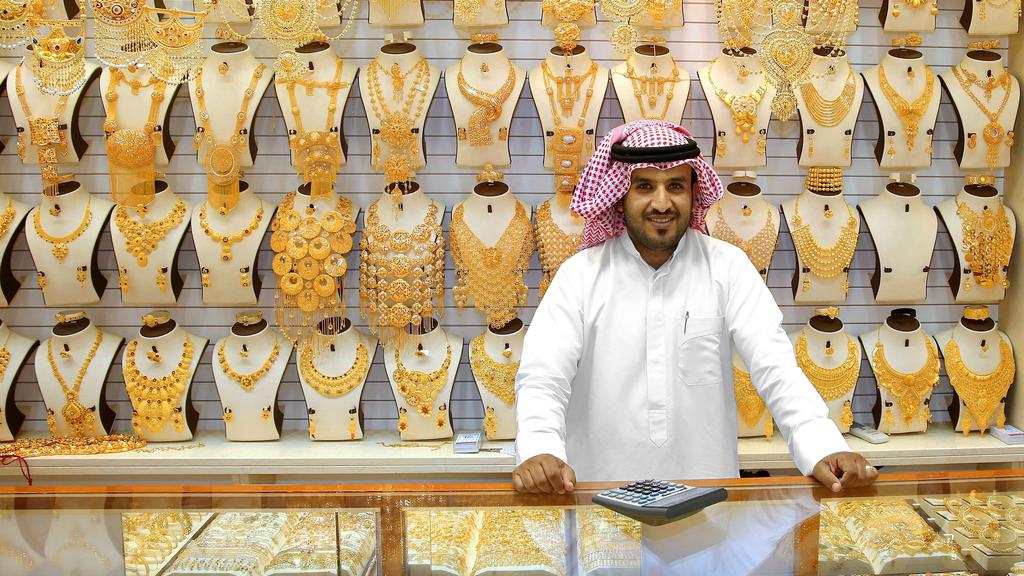 While demand for jewelery was very weak in both Saudi Arabia and the UAE in 2018, it was much worse in Turkey and Iran, where sanctions and tariff-related currency slides ate into people’s purchasing power, according to a report from the World Gold Council (WGC). Considered a safe haven investment in times of economic turmoil, overall investment in gold bars and coins doubled in the Middle East last year. But the rise was almost entirely accounted for by Iranians buying gold as sanctions sent the Iranian currency tumbling.

Still the regional investment gold buying frenzy brought little cheer to jewelers around the region — especially in Iran where demand fell by some 35 percent.Demand for gold jewelery in Turkey sank 21 percent to just 9.1 tons in the fourth quarter, while demand dropped by 32 percent in Iran in the same period.

“Amid widespread weakness in the Middle East, Iran lagged the pack,” the WGC said. “Demand was focused exclusively on wedding sets and engagement rings.”Demand for gold jewelery fell by by more than a fifth in Turkey in 2018 as rising unemployment and double digit inflation hurt disposable incomes.

The market was also subdued in the Gulf as consumer confidence continued to hurt the broader retail sector. The introduction of value added tax (VAT) at the beginning of the year was also a blow for sector.Globally, the big trend of the year was a spike in gold-buying among central banks, which reached its highest since 1967. Demand was up by 4 percent on the previous year.