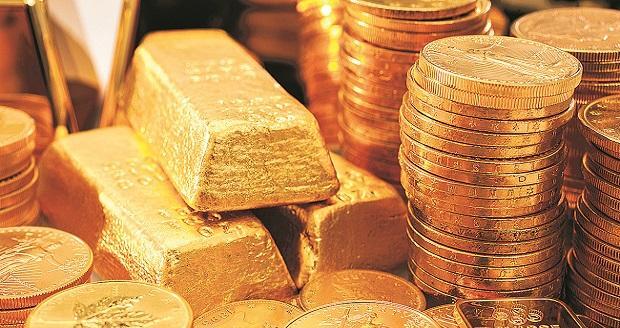 Gold imports took a sharp hit in FY20 following a series of developments — the latest being the coronavirus pandemic — which, on the other hand, pushed the price of the precious metal to record highs.

The import is estimated at 559.6 tonnes for the financial year, which ended on Monday. It is believed to the lowest in at least a decade. In FY19, the gold import stood at 775.4 tonnes.

In terms of return from investment in gold, FY20 was fantastic — it gave a 36 per cent return to Indian investors.

Except for the June quarter, demand remained usually muted. Since July 5, when the Modi-2 government presented its first Budget and imposed a 12.5 per cent import duty on gold, demand took a plunge, even as the price of the metal continued to jump over geopolitical uncertainties and the trade war.

September was one of the worst quarter in terms of gold demand in India when demand fell to only 83.6 tonnes. The March quarter is expected to be no different, with an estimated demand of only 120 tonnes.

The month of March could be worst in many years, with imports estimated only around 18 tonnes amid the coronavirus pandemic and the nationwide lockdown, said an industry player. The import in March 2019 was 72.5 tonnes, according to the GFMS data.

Despite the markets remaining closed following the nationwide lockdown, some demand was witnessed last week when the gold price corrected suddenly, but traders were not able to provide delivery. Some promised to deliver at a fixed price when the markets reopen.

In weeks following the end of the lockdown, too, demand for gold is likely to be muted as life will only slowly return to normalcy and consumers will cut their discretionary expenses. The India head of a global metals research firm said that demand for gold will likely start reviving from July but won’t be enough to compensate for the fall in FY20.

Even on the price front, he sees consolidation continuing for some time, and any major improvement only in the second half.

Akshaya Tritiya, which is considered the most auspicious occasion for gold and jewellery buying, will be the key indicator of gold demand in the current times of crisis. It is falling on April 26.

Gold will have a good run in next few years: PR Somasundaram