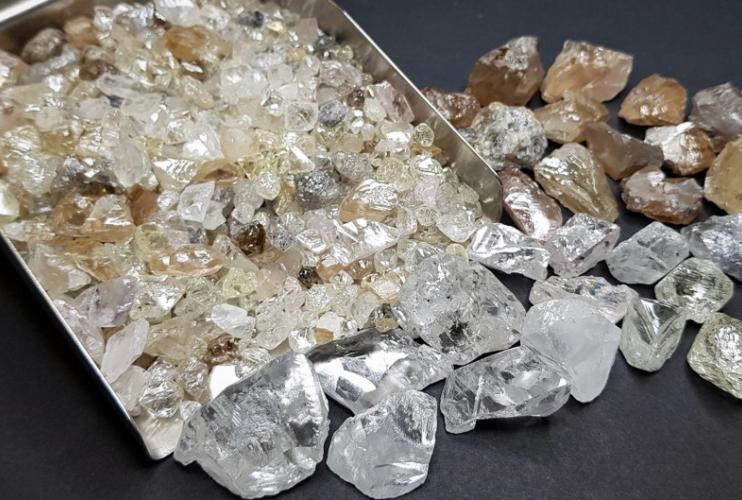 Mumbai:  In line with the current government’s focus on “minimum Government and maximum governance,” by easing the procedures of doing business in India, Govt. of India has mandated membership of The Gem & Jewellery Export Promotion Council (GJEPC) for getting Kimberley Process Certificate for import and export of rough diamonds into India. This effectively means that GJEPC, the apex body of gem & jewellery trade and promotion of exports in India will regulate its members in terms of complying with Kimberley Process certification norms. This aligns with recent liberalization of Govt. policies in way of making self-declaration by trade as compliance instead of vetting by govt. departments.

The Directorate General of Foreign Trade (DGFT), Govt. of India through a notification no. 43 /2015-2020 dated 22nd November, 2021 has announced that import or export of rough diamonds will be permitted only to members registered with the Gem & Jewellery Export Promotion Council (GJEPC) , which is the designated importing and exporting authority of India for the Kimberley Process Certification Scheme (KPCS).

The notification clearly states, Import/Export of rough diamonds shall not be permitted unless the concerned importer/exporter is registered with Gem & Jewellery Export Promotion Council (GJEPC), the designated importing and exporting authority of India for KPCS.

Welcoming the amendment, Colin Shah, Chairman, GJEPC, commented, “As the largest manufacturing and exporting centre of cut and polished diamonds, India’s commitment against proliferation of conflict diamonds  is highlighted with this act of the Government. It gives GJEPC and its members power to self-regulate and continue with the impeccable standards that the Indian diamond industry as a brand put forth to the world. In the recently concluded Plenary Meeting of the Kimberley Process the Indian diamond industry under the leadership of Indian Government has reiterated this stand by supporting the Frame 7 declaration of the KP in terms of promoting responsible diamonds to inculcate highest standards in terms of human rights, environment protection, labour rights, prevention of corruption, money laundering and terrorist funding in the Indian diamond industry.”

The KPCS came into effect from 1st January, 2003, and evolved into an effective mechanism for stopping the trade in conflict diamonds. India was one of the founding members of KPCS. GJEPC in the capacity of being a Kimberley Process Import/ Export Authority in India is working closely with Ministry of Commerce & Industry, Government of India and the trade to implement and oversee the Kimberley Process Certification Scheme in India.

The Kimberley Process Certification Scheme is an international certification scheme that regulates trade in rough diamonds. It aims to prevent the flow of conflict diamonds, while helping to protect legitimate trade in rough diamonds. The Kimberley Process (KP) is open to all countries that are willing and able to implement its requirements. Currently, KP has 56 participants, representing 82 countries, with the European Union and its Member States counting as a single participant.

KP members account for approximately 99.8% of the global production of rough diamonds. Under the terms of the KPCS, participating states must put in place national legislation and institutions; export, import and internal controls; and commit to transparency and the exchange of statistical data. Participants can only legally trade with other participants who have also met the minimum requirements of the scheme. All shipments of rough diamonds must be accompanied by a KP certificate guaranteeing that they are conflict-free.