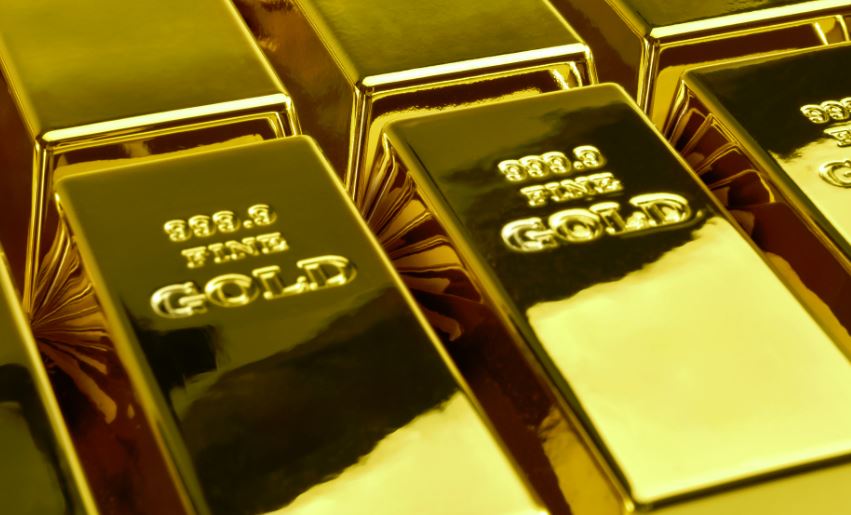 Forecasts of gold prices hitting $1,400 an ounce this year are sure to go up in smoke, but 2019 might see gold edging close to that level due to increasing worry about a slowdown in the global economy, and legal issues in US President Donald Trump’s administration.

“The pressure on the currencies of emerging economies is likely to abate, which should (weaken prices and) benefit global gold demand, the numerous unresolved political and geopolitical uncertainties point to a higher gold price, as these can lead at any time to higher risk aversion,” said an analyst at Commerzbank AG.

This year, trade tensions between the US and China drew investor interest towards the dollar, a safe-haven substitute for the yellow metal, resulting in prices of the commodity falling around 6% since the beginning of the year. Prices of the metal moved in a range of $1,278-$1,333 an ounce this year.

In 2019, however, geopolitical and economic events might be the perfect catalyst for a sustained uptrend in gold prices, possibly making them top $1,380 an ounce in the second half of the year, experts said.

European Central Bank President Mario Draghi had last week said that the economic outlook for the bloc was shifting to the “downside” due to geopolitical uncertainties, threat of protectionism, emerging-market vulnerabilities, and volatility in financial markets.

A provisional figure of France’s purchasing managers’ index showed a decline to 49.3 in December from 54.2 in November. A reading below 50 indicates contraction.

Germany’s flash composite purchasing managers’ index for manufacturing and service sectors fell to a four-year low of 52.2 in December.

Though the European Union and Italy have reached a compromise over the latter’s 2019 budget, concern over an economic slowdown might tip the country into recession in Oct-Dec, according to experts.

Simmering tensions between the European Union and the UK over Brexit are likely to add to the shine of gold. Both the UK and the EU are preparing for the worst-case scenario as UK Prime Minister Theresa May’s draft exit agreement faces struggles in the UK parliament.

Gold is also expected to gain from the US Federal Reserve slowing its pace of rate hikes in 2019 in the backdrop of a slowdown in economic growth, and US President Donald Trump’s consistent criticism of rate hikes.

The Fed has indicated it will raise interest rates twice next year instead of thrice, as was hinted earlier. Fed Chair Jerome Powell has already signalled that rates may be nearing a ‘neutral’ level.

“The US expansion is likely to run out of steam and we see an imminent slowdown on the cards. The Fed may pause or reverse interest rates next year,” a city-based analyst said.

The end of the rate-hike cycle by the US Fed next year will exert considerable pressure on the dollar, which will further push gold prices higher.

“As long as the inverse equities-bond correlation holds, gold prices will continue to be dictated by the direction of real yields and the US dollar,” Natasha Kaneva, head of Metals Research & Strategy at J.P Morgan, said.

While Trump’s spat with China might have pushed the dollar higher this year, 2019 is unlikely to be as rosy for the greenback.

“Gold was hammered this year mainly because of the dollar. But we don’t expect the dollar to rise much in 2019 and this will be the biggest factor that will lead to a recovery in gold demand,” said Chirag Sheth, of precious metals consultancy Metals Focus.

Trump’s tenure, which has been fraught with controversies and unexpected events, is also likely to lend support to the precious metal’s appeal as a haven asset.

Trade dispute worries, US sanctions, rising US bond yields, and the dollar’s appreciation are seen boosting demand for the precious metal from the official sector by 23% to 450 tn in 2018, the GFMS team at Refinitiv said.

After being weak in 2018, investment demand for gold is seen improving in 2019. “Investment demand will be driving gold in 2019. Investment demand in China and India may show greater strength in 2019,” said Jeffrey Christian, managing director of New York-based CPM Group, in an e-mail note to Cogencis.

Demand from China and India, the two largest consumers of the metal, has been disappointing this year. However, consumer demand for gold jewellery is likely to be flat-to-modestly higher next year.

Demand from central banks and other institutions was at 351.60 tn in Jan-Sep and investment demand accounted for 764.40 tn for the same period. Buying by central banks is seen as a key driver for gold prices next year.

Domestic jewellers said that there are over 100 auspicious wedding dates in 2019 compared with around 70 in 2018, which is expected to aid demand for jewellery during the marriage season.

“We are very bullish on gold and bullion demand will see a jump next year. The central banks’ purchases, even the Reserve Bank of India, is indicative of a rise in demand,” Surendra Mehta, secretary of the India Bullion and Jewellers Association, said.

The RBI added 28.3 tn gold to its reserves in Jan-Oct, the highest for this period since 2009.

Though next year may not be good for the global economy, it is expected to bode well for gold.

Diamond, gemstones are the future, may beat gold in 10 yrs