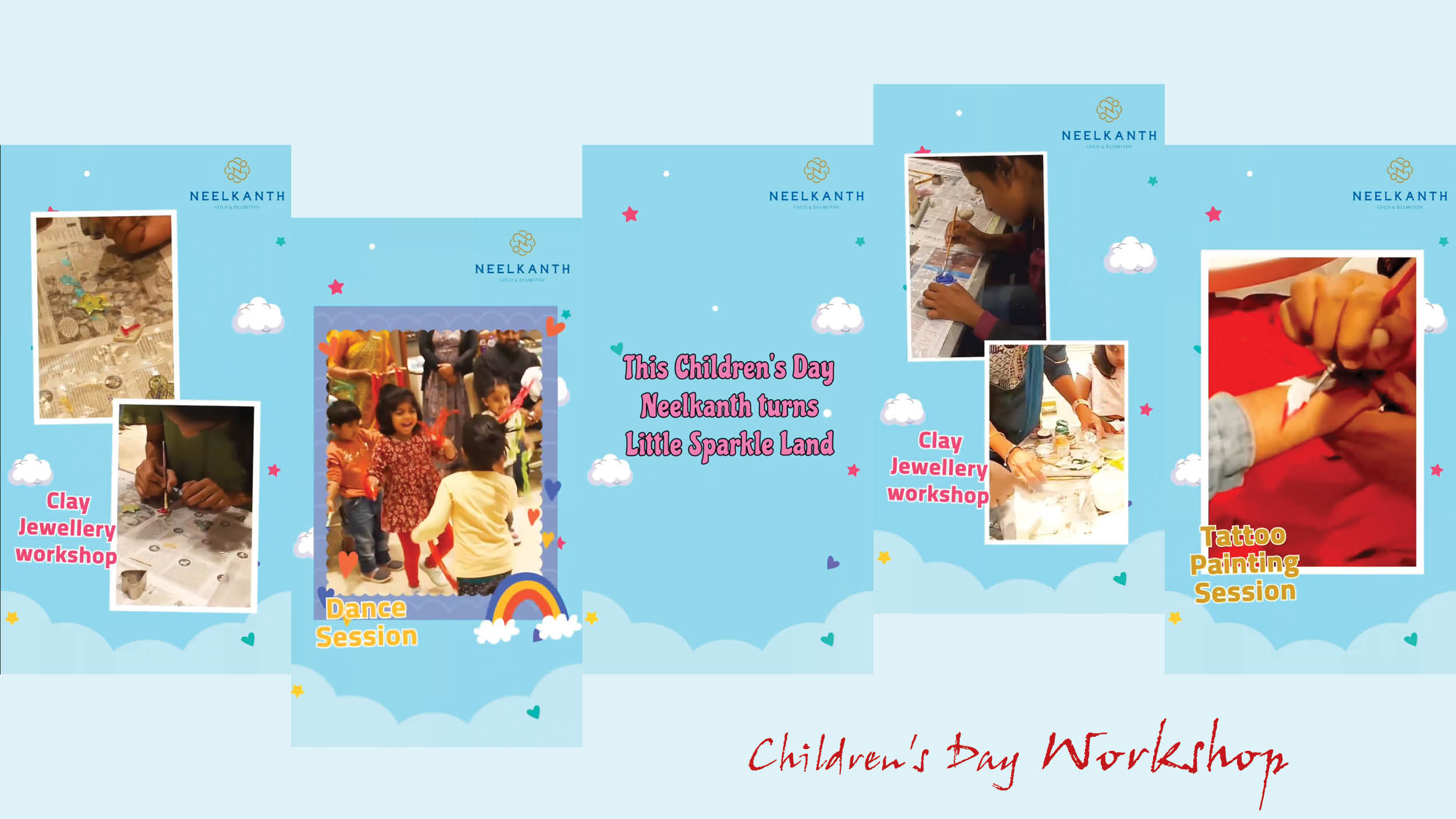 Neelkanth Jewellers from Bangalore celebrated Children’s Day with an out-of-the-box initiative this time. In order to promote their Little Sparkles collection for kids launched on Janmashtami, the brand organised a clay jewellery making competition at their local store in Bangalore.

This in-storeworkshop was conducted by the jewellery artisans who helped the kids to gain knowledge about the process of converting metal into jewellery items. Every individual child was given a mould of clay, out of which they were asked to make pendants, rings, or bracelets.

Adding on, Neelkanth Jewellers had a tattoo artist in store for the workshop who would paint tattoos on the hands of the children in the same design as their jewellery items. The clay jewellery making workshop lasted for an hour, after which the children enjoyed the tattoo making activity in the store.

Furthermore, to end the day with fun and enjoyment, Neelkanth Jewellers called an in-house DJ to host a dance session for the kids. The response received for the parents was also very good as they spent the whole day along with their kids, encouraging them to be attentive and focus on the workshops.

Mr. Gurmukh Singh, Owner, Neelkanth Jewellers, said, “We planned this day keeping in mind the gap that today’s work life has created between the children and the parents. We wanted to do something special to motivate the kids. The Little Sparkles collection was on display in the store at the time of the workshop and many parents bought various items for their kids.”